Camera-Equipped drones are used in searching the area. 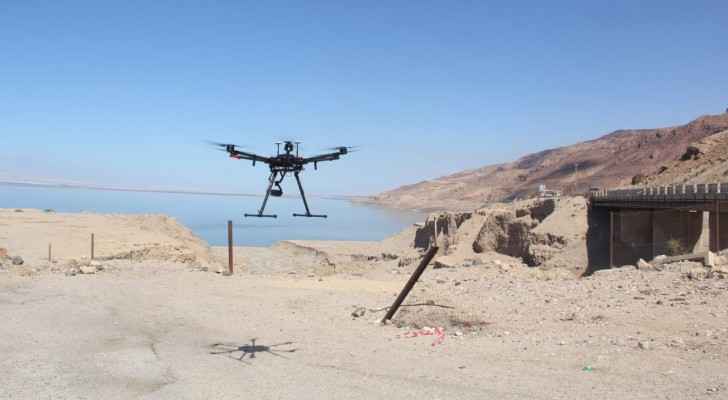 Joint-teams of search-and-rescue from the Civil Defense Directorate (CDD) and the Royal Navy of the Jordanian Armed Forces (JAF) are still hovering the Dead Sea area in search for the missing girl, stated CDD Media Depratment on Saturday, October 27, 2018.

The 13 year-old teen was amongst the tens of school-students who were entrapped in the vicious floods which erupted in a Dead Sea nearby-area on Thursday, October 25, 2018. The girl is still reported missing by her family.

Director General of CDD, Major General Mustafa Abed Rabbo Al-Bazaya, is following up on the extensive search process, which was expanded to include an added 15 km radius.

With the assistance of rescue dogs, helicopters as well as marching personnel and unmanned camera-equipped drones, the search mission is ongoing.