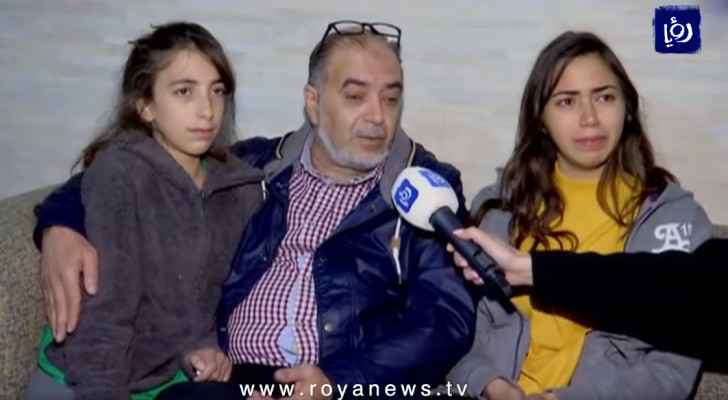 At round 5:00PM on the day of the Dead Sea flash floods, family members of the 14 year-old girl, Sarah Abu Sido, were informed that Sarah was amongst the tens of school-students who were entrapped in the midst of a vicious flood in Wadi Ma’in area.

Sarah’s father, Adnan Abu Sido, told Roya that he received the news of the incident that involved his daughter and her classmates through a whatsapp message at around 5:00 PM on the day of the incident; Thursday, October 25, 2018.

He added that the family started searching for Sarah in groups; her mother and brother went to the Shouna area where the students were reported missing.

"I went to the hospital to look for Sarah while my relative went to Salt Hospital," he said.

The child's father described the scene inside the morgue, noting that a number of bodies were identified by their families. “But Sarah was not one of them. She was not among the injured ones either,” Abu Sido added.

Interviewed by Roya on Friday, October 26, 2018, Abu Sido voiced his concern about his missing child, affirming that “the forensic medic insisted that the unknown body in the morgue was of my daughter Sarah, but it is not!” Abu Sido stressed.

Security officials contacted the family in order to receive the body but the family insisted that the body is not of Sarah and asked for a DNA test.

A DNA test was initiated and the family is now waiting for the final verdict of the official report to be conclusive.

Dozens of houses flooded by rain in ....