The Dr noted that out of the 18 bodies identified, three of them were from Iraq. (Roya) 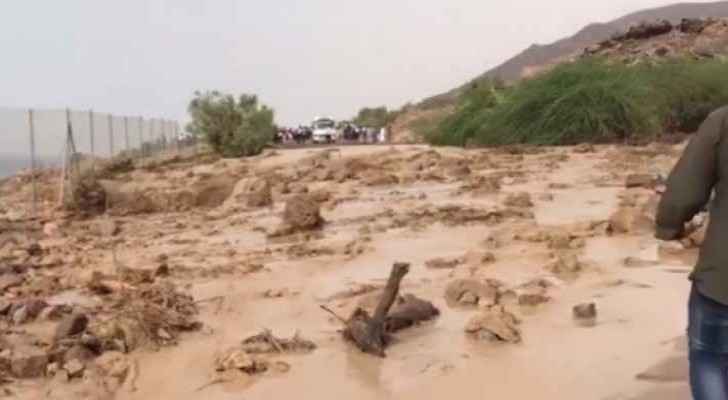 Forensic doctors at al-Bashir Hospital in Amman have identified 18 out of the 22 casualties of the Dead Sea flood incident.

Dr. Ahmed Bani Hani, Head of the National Center for Forensic Medicine at al-Bashir, told Roya that on Thursday night, his forensic medicine teams examined the bodies of the children who died in the accident and had their parents identify their bodies.

Bani Hani added that his teams are currently examining the body of the 19th victim, adding that some families received their dear ones’ bodies on Thursday (October 25, 2018), while the rest of the families will receive the bodies of their loved ones today.

The Dr noted that out of the 18 bodies identified, three of them were from Iraq.

On Thursday, students inside a school bus were raided by heavy floods in Dead Sea. The flooded area is currently being extensively searched by teams of Civil Defense Directorate (CDD) in coordination with divers and medical rescue teams for the search of any survivors.

Head of Operation Unit in the Civil Defense Directorate (CDD), Brig. Gen. Farid Sharaa, said last night that a total of 44 individuals (37 students and 7 teachers) were in Wadi Mai'n area as part of a school trip, when they were suddenly engulfed by a rain-caused flood.

Heavy rains started pouring at around 3:00pm, causing water to come down from the Madaba mountains into the valley where the field trip was taking place.

"For seven continuous hours, we have been working nonstop... an area larger than 10 KM was extensively searched," Sharaa added.