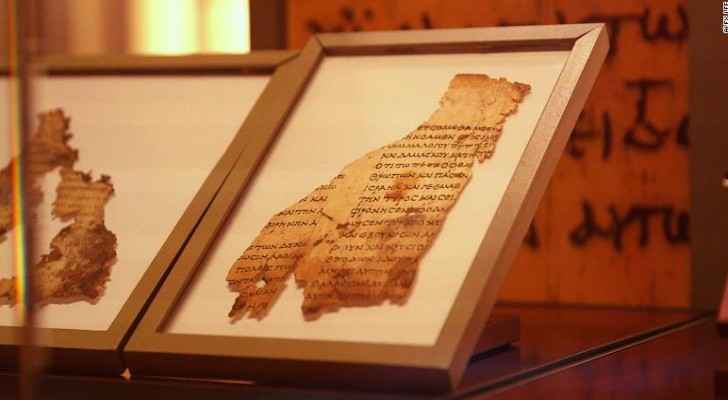 Five Dead Sea Scrolls displayed in Hobby Lobby’s Museum of the Bible, in Washington DC, were found fake and pulled from the exhibition, October 23, 2018.

German scholars tested the scrolls for 3D digital microscopy, material analyses of the ink, and sediment on the papyrus, at the Federal Institute for Materials Research and Testing, in Germany.

According to CNN, the scholars found “characteristics inconsistent with ancient origin”. It is theorized that forgers used ancient scraps of leather or papyrus, to give the scrolls an authentic appearance.

Since 2002, an estimate of 70 forgeries have hit the market. The Dead Sea forgeries are probably the greatest sham in biblical archeology.

An expert on the Dead Sea Scrolls at Trinity Western University in Canada, Kipp Davis believes 2 to 4 of the Museum’s 16 fragments may be authentic, but at least 8 are fake.

The Dead Sea Scrolls were discovered 70 years ago by Bedouin shepherds, hidden in the caves of Qumran for 2000 years. More than 900 manuscripts, and an estimated 50 thousand fragments were excavated and published.

Before the famous discover, the earliest complete version of the Hebrew Bible dated to the 9th century.

The Dead Sea Scrolls are protected by the Israeli Antiquities Authority, and displayed in the Jewish ‘Shrine of the Book’, in Jerusalem.

Private collectors couldn’t even get scraps from the archeological find. But in 2002, new fragments mysteriously appeared on the market.

The Museum of the Bible, created by president of Hobby Lobby, Steve Green, bought 16 fragments between 2009 and 2014, at a time when Hobby Lobby was controversially involved in an antiquities trade, accumulating a collection of 40 thousand artifacts.