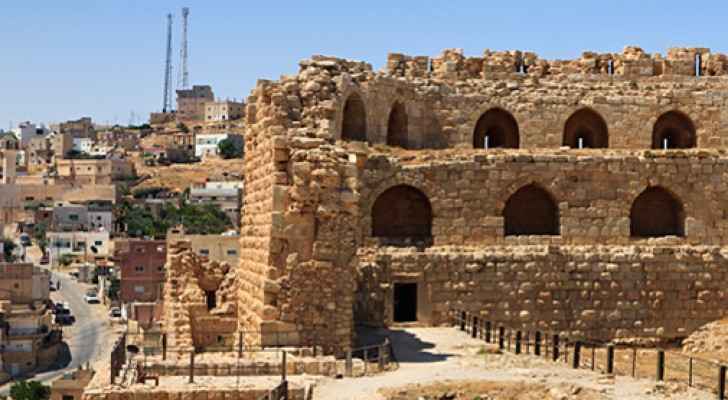 Residents of Maaitah neighborhood in Karak governorate are worried that a 200-meter ancient archaeological wall would collapse soon as the cracks in it are becoming more visible and drawing more concern, reported Jordan News Agency, Petra, on Monday, October 22, 2018.

The residents expressed their fear of a potential catastrophe, which, in case the wall collapses, could result in life-threatening hazards.

Maaitah neighborhood –which extends to West of Qala’a Street– is a hilly residential area that is crowded with buildings, in addition to the fact that old and new houses are built against the wall itself.

Not to mention that a previous collapse has indeed occurred several years ago, which led to the closure of Qala’a Street for several days. At that time, the issue was not efficiently fixed, as the cracks were randomly backfilled, which further worsened the situation, residents stated.

Residents added that many of them cannot just move into a new resident, as their financial conditions don’t back them enough, pointing out that they have issued several complaints to the relevant authorities, to no avail.

A few months ago, Jordanian Ministry of Tourism and Antiques along with Karak Municipality and the Royal Scientific Society have jointly formed a specialized technical team to inspect the wall. The team concluded the seriousness of the situation and promised a prompt solution. However, residents say that nothing was done since then.

“The inspection verified that it [the wall] is of great danger,” Director of Projects in Karak Municipality, Eng. Shadi Halaseh said. A specialized team visited the area and revealed that the historic wall, which has many cracks, may collapse at any moment, he added.

Director of tourism in Karak, Mahmoud Al Soub, said that the concerned authorities, including specialized engineers, have visited the site and submitted a report on the situation, adding that the topographic nature of the area requires a technical involvement and that the authorities were expected to begin the necessary maintenance on spot.

Karak DeputyMayor, Bassam Jaafreh, said that the situation is not new and that part of the street behind Jordan Ahli Bank has previously split. Addressing the situation by evacuating the area or by carrying out an overall reinforcement of the wall is an urgent necessity, Jaafreh added, pointing out that any further delay might be at the expense of these people’s lives.

Governor of Karak, Jamal Al Fayez, said that an official letter was sent to the concerned parties, urging them to take an action. During a recent meeting with Prime Minister, Omar Razzaz, the issue was brought up, Al Fayez added. Stressing that following up on the issue is of utmost importance.