The dog eventually bit into the poor cat's neck. (YouTube) 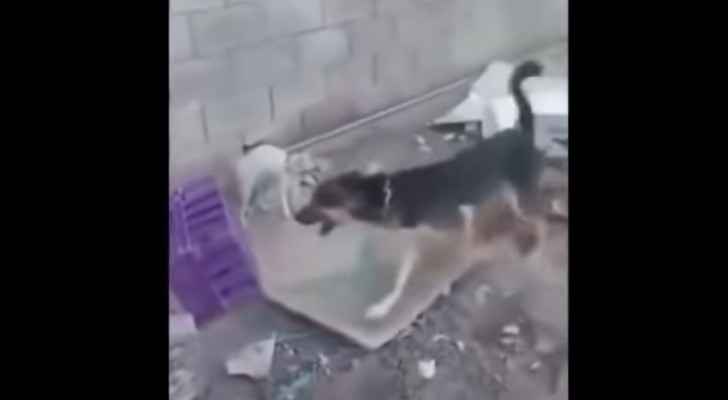 A man who tortured a cat by setting his dogs loose on it was arrested in Saudi Arabia on Sunday night, October 14, 2018.

The man filmed himself untying his dog’s lead and inciting it to attack a cat in an alleyway in Medina, west of the Kingdom, in a cruel act that ended with one of the dogs aggressively biting into the cat’s neck.

Saudi police was able to detect and identify the culprit after the video went viral on social media.

Social media users were appalled and shocked by the man’s behaviour and demanded justice for the poor animal.

Spokesperson for the Ministry of Environment, Water and Agriculture, Abdullah Aba Khalil, said that the offender is currently being interrogated by the police, before he is punished by the justice system.

Aba Khalil stressed that the Ministry will not delay punishing the offender, in accordance with the punishments stipulated by the law for those who show cruelty against animals.

This footage may be disturbing for some viewers.

'They were begging in the streets,' Kenyan police says ....

'They were begging in the streets,' Kenyan ....

'They were begging in the streets,' Kenyan ....