68 dogs saved from slaughter ahead of Yulin dog meat festival

68 dogs saved from slaughter ahead of Yulin dog meat festival 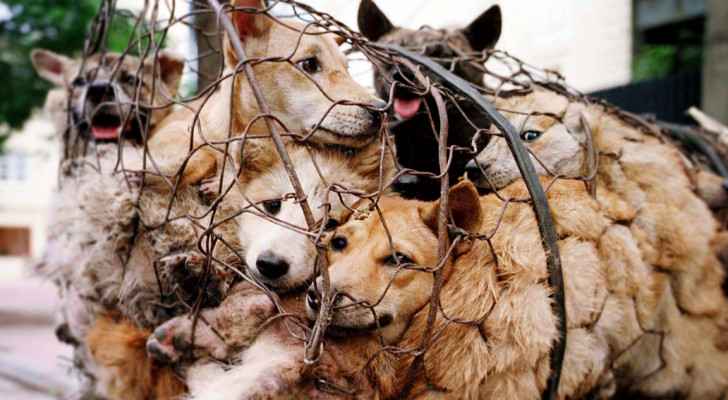 About 68 dogs who were on their way to a slaughterhouse in Yulin, China were saved by animal rights activists.

According to the animal welfare society, Humane Society, the dogs were going to be killed for the controversial Yulin dog meat festival.

The dog meat festival is an annual event held in Yulin, Guangxi, China, during the summer solstice in which festival goers eat dog meat among other food products.

The festival started in 2009 and spans across 10 days during which thousands of dogs are reportedly consumed.

The 68 dogs were crammed into rusty cages, were unable to move or breathe, with activists claiming they were panting and traumatized.

The canines had no food or water.

An activist identified as Liang Jia said they managed to rescue the canines by flagging the truck down and convincing the truck driver to hand over the pups as they were clearly stolen pets and he had no legal paperwork.

Jia indicated the animals were likely to have been stolen because the dogs offered their paws just like a domesticated house pet, noting they had healthy teeth and appeared to be well groomed.

The canines were taken to a facility for rehabilitation.

A China policy specialist for the society, Peter Li, said "through dog theft, illegal trans-provincial transport and inhumane slaughter, the trade not only subjects animals to suffering but also risks public health with the potential for the spread of rabies and other diseases. These are compelling reasons for the Chinese authorities to end this trade once and for all."