The motives behind his actions remain unknown. (Roya) 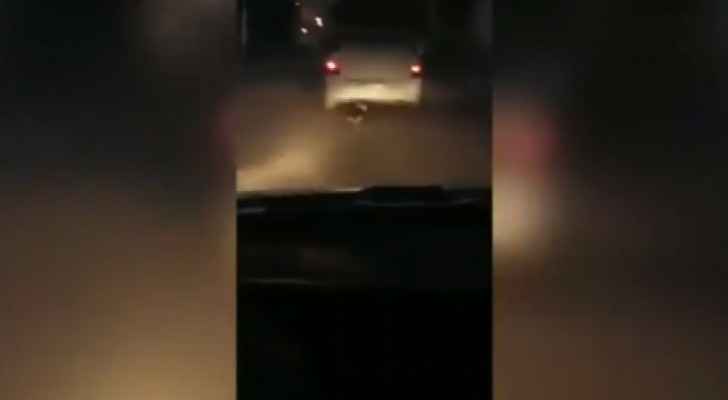 The Royal Department for Protecting the Environment (Rangers) arrested a man who tied up a dog to the rear of his car and drove down one of the main roads in the Zarqa Governorate, dragging the helpless animal behind him for an unknown period of time.

The cruel act was captured on video by the person driving behind the offender; needless to say, the footage went viral on social media.

Shortly after investigating the video, the Public Security Directorate (PSD) was able to track down the culprit and take him in for interrogation.

The motives behind his actions remain unknown.

Animal cruelty is a recurring problem in Jordan. Only last week did an unknown person poison tins of sardines and place them in public bins on Queen Rania Street in Amman to target stray cats.

Sadly, 35 cats fell for the bait and died.

Animal welfare is the concern of many people and organizations in Jordan, including the Humane Center for Animal Welfare (HCAW) and SPANA, who campaign for treating animals better and for helping working animals in the Kingdom.