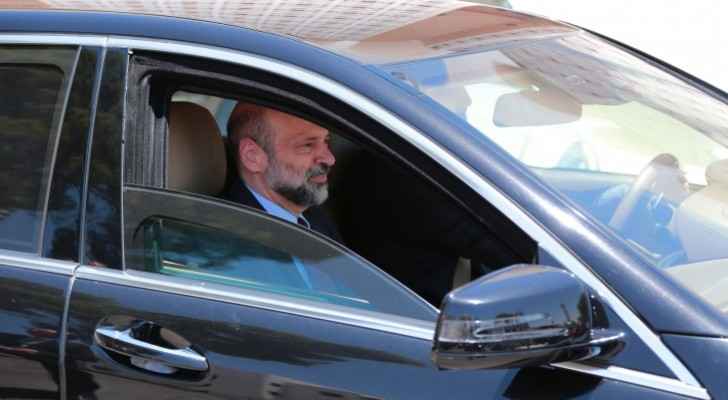 Jordanian Prime Minister, Omar Razzaz, paid a visit to Bashir Hospital on Monday, October 8, 2018.
Razzaz decided to personally meet with the Director of the Hospital, Dr. Mahmoud Zreikat, and check on the latest developments in the assualt that occurred in the hospital, in which a group of people to attacked employees in the hospital.

Zreikat, who revealed that he received threats from the same group who earlier attacked the hospital, met with Razzaz and briefed him on the latest development.

During the meeting, Razzaz said that Jordan is a state of law, pointing out that the problem has been identified and will be corrected. "When we want to change a bad reality, it is natural to face challenges," he said. "There must be an independent department that monitors services at Al Bashir Hospital… and we will not allow this incident to reoccur."

We shouldn’t compromise the quality of the provided services, Razzaz commented, adding that protecting doctors and medical staff is a must.

"In ten days, the Jordanian Integrity and Anti-Corruption Commission will provide its report on the file of services at Bashir Hospital and we will take prompt action accordingly," Razzaz stressed.

He pointed out that the hospital's policy is moving in the right direction and towards positive reform. Obstacles are expected and will be dealt with, Razzaz reassured.

Earlier, the Director of Bashir Hospital complained that he was receiving threats following the attack on his hospital’s employee a few days ago.

Yesterday, Zreikat attended his duties at the hospital following a meeting with Jordanian Minister of Interior, Samir Mubaideen, who asked Zreikat to resume his duties as Director and ensured the safety of the employees and affirmed securing their safety is a priority.

In the span of 24 hours, the hospital was visited by the Governor of Amman, Chief of the Metropolitan Regional Police, and Chief of the East Amman Police Directorate.

44 percent of hospital beds occupied by ....

44 percent of hospital beds occupied by ....