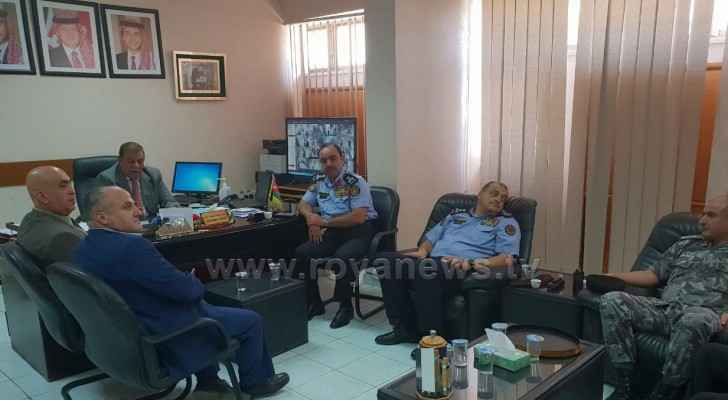 Jordanian Minister of Interior, Samir Mubaideen, told the Director General of Al-Bashir Hospital, Dr. Mahmoud Zreikat, to resume his duties, during a meeting at the Ministry on Sunday, October 7, 2018.

The meeting was held to discuss the attack on an employee in the hospital by a group of people, which was followed by threats against Zreikat.

Minister Mubaideen ensured the necessary protection for Zreikat and for the hospital's staff. He said that the state provides security to its citizens, and will provide full protection to officials in their workplace.

Zreikat left the Ministry to the hospital, accompanied by the Governor of Amman, Chief of the Metropolitan Regional Police, and Chief of the East Amman Police Directorate.