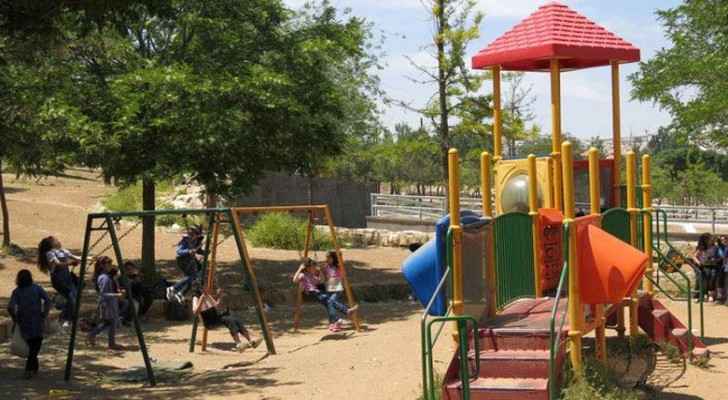 The Greater Amman Municipality (GAM) spokesperson, Mazen Farrajeen, announced on September 27, 2018, that the Municipality will be renovating 70 parks and gardens in the capital, as part of a three-year plan.

In addition, the Ministry of Environment (MOE) spokesperson, Essa Shbool, said that the Ministry will be opening three new parks inside the forests of Jordan, offering citizens more picnic and barbecue space to enjoy in the weekends.

“The number of citizens is disproportionate to the number of built parks and gardens, which is why the municipality is now building five new parks”, noted the GAM’s Deputy City Manager for Health and Agriculture, Mervat Mheerat.

After GAM had shut down the Jubeiha Amusement Park in 2017 for the deteriorated state of its structures, it announced last June that it will be converting the 54 dunums area to a public park. Farrajeen told The Jordan Times that the public needs space to escape the city which is why GAM will be renovating the area into public gardens.

Mheerat added that the Municipality and the Ministry will have zero tolerance towards environmental violations by citizens, and fines will be set according to the Prevention of Waste and Waste Collection Fees within the Greater Amman Municipality By-law, Number 150 of 2016.

According the Mheerat, Public Health Officers will be present in every park to monitor acts of vandalism or littering.

“Although we are serious about tightening the grip on environmental violations, we need the citizens to voluntarily pick up after themselves without doing it for the sake of escaping punishment,” MOE spokesperson, Shbool, concluded.

GAM and MOE initiations to offer the public and their children a safe, relaxing space to enjoy.

Citizens have complained of the lack of enough, safe playing spaces for their kids, and have commended the Municipality’s interest in developing public parks.

Parks and gardens to reopen in early ....