This picture does not depict the persons who were at the wedding convoy mentioned in this story. (Khaberni) 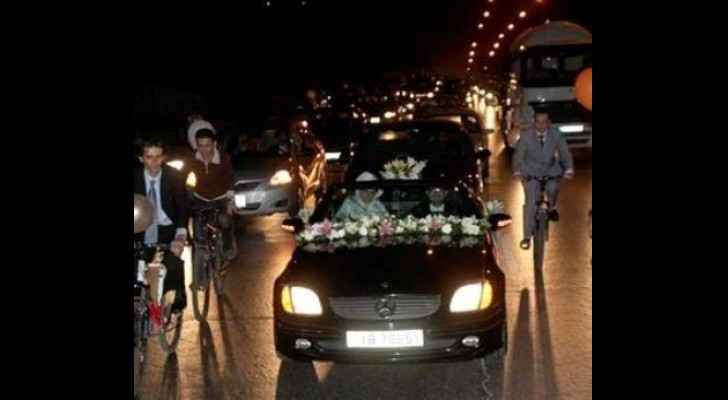 Hashem al-Kurdi died in the hospital with his parents by his side, after being attacked by a group of drivers, who were on their way to a wedding in Mafraq.

The incident took place on Thursday, September 13, 2018, when Hashem and his parents just happened to be driving behind a wedding convoy.

In Jordan, it is traditional for family and friends of the bride and groom to drive behind their car on the way to the wedding venue, and honk horns in celebration of the happy occasion.

Sadly, it was far from a happy occasion for Hashem and his parents. The father’s decision to overtake the convoy, even without disturbing any of the cars participating in it, angered some of those attending the wedding party.

At least eight of them got out of their vehicles and smashed the car windows with Hashem still inside, causing him severe injuries on the head with a rock, according to a source close to the child's family.

The source confirmed that Hashem suffered serious injuries and was immediately taken to the hospital for treatment.

A security source said that Mafraq police officers were able to identify eight of the attackers, and arrested two of the culprits.

In cooperation with the Russeifa police force, Mafraq police officers successfully detained four more of the attackers, who handed themselves in after an investigation was launched into the incident a fortnight ago. The two remaining offenders remain at large.

A young soul was lost because of the irrational and unforgivable actions of a group of negligent people. No one is arguing that the wedding convoy tradition should be abolished, however, it is road rage that must be curbed.

Video: This is how Jordanians celebrate Christmas - A ....