PM Razzaz proud of Jordan’s achievements over past 70 years

Jordan has made tremendous achievements compared to its neighboring countries 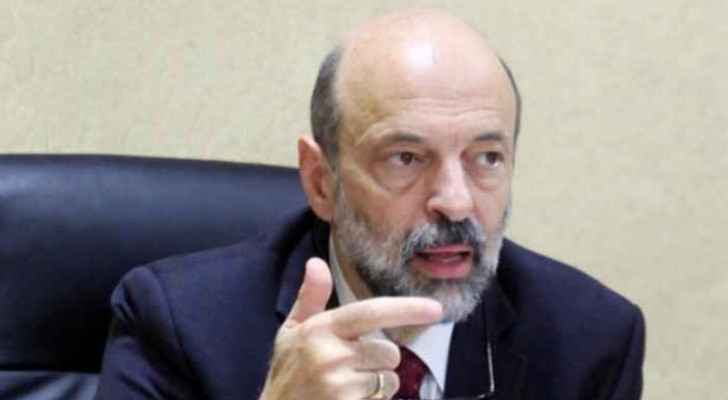 Prime Minister Omar Razzaz said during a lecture at the Royal Jordanian National Defense College on Wednesday, that Jordan, while approaching the first 100th anniversary since its establishment, has made tremendous achievements compared to its neighbouring countries.

Razzaz did not specify what those achievements were, but pointed out that the Hashemite leadership has played a major role in granting Jordan this status in the region, adding that the state of cohesion the country is witnessing is due to the great ongoing relationship between Jordanians and the leadership.

Additionally, the Premier reaffirmed Jordan's commitment to the Palestinian cause, Jerusalem, Syrian refugees and UNRWA.

During the meeting, Razzaz addressed the controversial Income Tax Bill (ITB), which has been heavily contested by Jordanians and led many ministers to walk out of ITB-meetings in several Governorates over the past week.

Razzaz assured Jordanians that “the majority of citizens in the governorates who attend the meetings of ministers will not be affected by the income tax law,” according to Petra news agency.