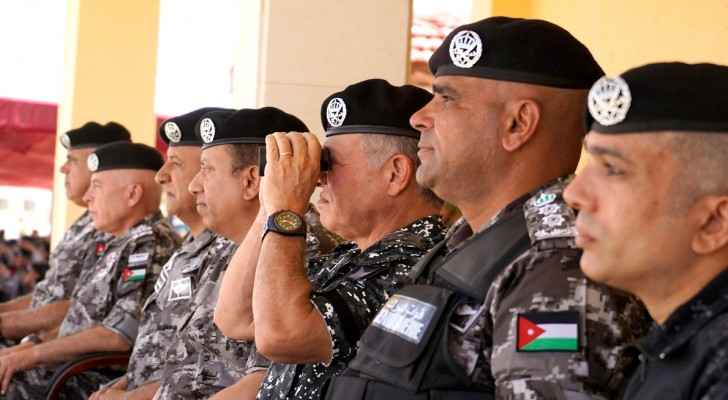 His Majesty met with Director of the General Directorate of Gendarmes, Hussein Hawatmeh, where they discussed a number of security and organizational issues.

His Majesty was briefed about the expansion and development of the Center in terms of buildings, halls, fields, as well as its newly adopted teaching methods which follow the highest international standards in both the region and the world.

During the visit, His Majesty reviewed a security exercise entitled "The Safe Shield" which was carried out by a high-readiness battalion of Gendarmerie, and included field potential duties for a presumed security raid in a village.

At the end of the exercise, His Majesty praised the advanced level of training and arming of the Gendarmerie. He expressed his confidence and pride in the skills and morale that the officers have.