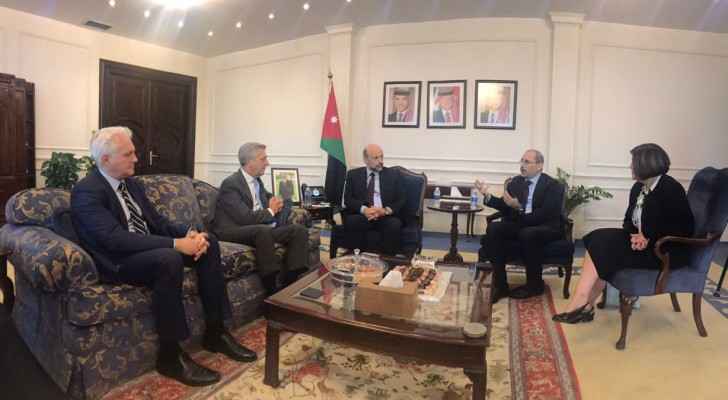 After the meeting, Grandi tweeted: "In spite of many challenges Jordan remains a hospitable country for Syrian and other refugees. Donors must stay the course in supporting Jordan!"

Attended by Minister of Planning and International Cooperation, Mary Kawar, and Minister of Foreign Affairs and Expatriates, Ayman Safadi, the meeting discussed ways of supporting Syrian refugees in Jordan.

Yesterday, His Majesty King Abdullah II received Grandi at Al Husseiniya Palace, their meeting addressed means of cooperation between both Jordan and UNHCR in providing services to refugees currently residing in the Kingdom.