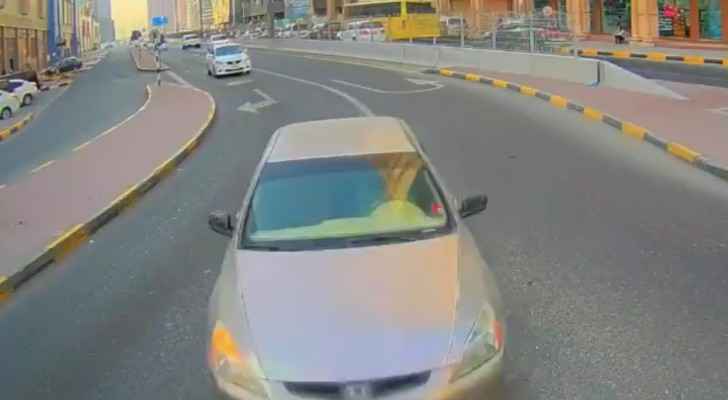 That’s the message Sharjah Police is trying to send to drivers, after one distracted motorist crashed into a post holding a road camera in the northern emirate this week.

A video of the incident was shared on the police’s official Twitter account, which concluded with the life-saving message: “Don’t focus on anything but the road.”

While the police did not clarify the reason behind the crash, research in the UAE has revealed that “the biggest distractions for motorists are children in the vehicle, mobile phone usage, and reaching for stuff while driving, as well as talking to passengers,” according to Arab News.

In the first six months of 2018, traffic police recorded 41 deaths on Sharjah’s roads.

Tackling this fatal problem has been a priority of the Gulf state's in recent years; they launched several awareness campaigns to warn drivers about dangerous driving and introduced stricter laws, penalties and fines.