The sheep that was spotted in the municipality's pickup truck. (Roya) 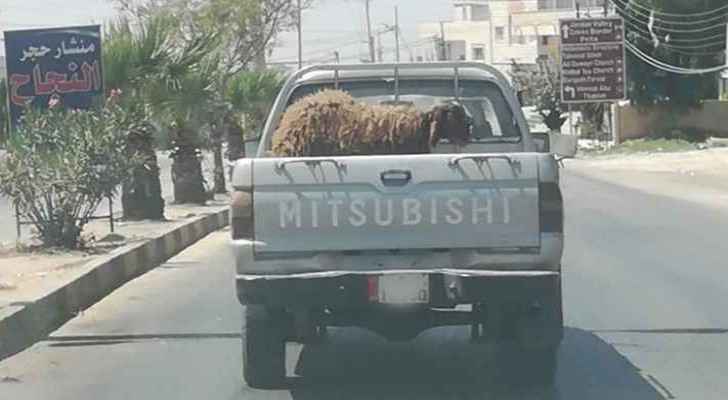 Jordanian social media users circulated a picture of a pickup truck belonging to the Irbid Municipality, which was transporting a sheep for sacrifice on the first day of Eid Al Adha.

The SM users wondered whether the municipality was sacrificing sheep and distributing it to poor families, or whether someone was using the official state car for their personal use.

Prime Minister Omar Razzaz responded to one citizen’s question regarding the incident, saying that it was “citizens’ right to ask questions and for his government to answer them.”

Razzaz added in his response on Twitter: “In the next few months, we are going to be adopting a new system which will monitor vehicles belonging to the government.”

“We are going to get to the bottom of the story behind this pickup truck, however, the fundamental solution would be to standardize the management of government vehicles and implement a unified tracking system. Happy Eid to you,” Razzaz concluded.