Qatar's Sheikh Tamim said his country is "standing by our Turkish brothers." (Twitter) 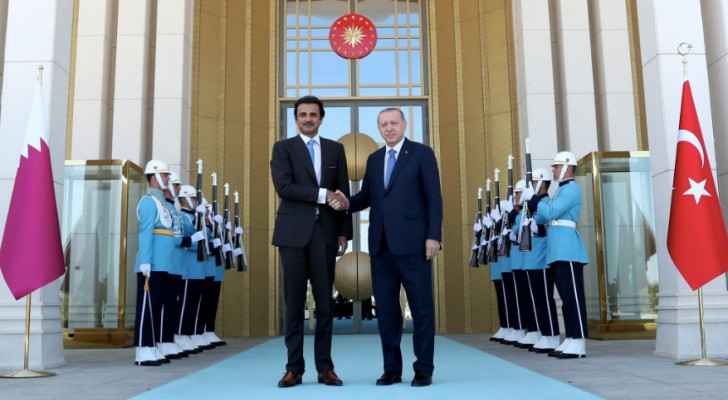 Qatar is saving Turkey’s economy during its currency crisis, after the Turkish lira plunged to record lows on Wednesday amid a diplomatic stand-off with the US.

Sheikh Tamim said in a tweet: "We stand by the brothers in Turkey that have stood with the issues of the Muslim World and with Qatar.

“As part of the important talks that I held in Ankara on Friday with His Excellency President Erdogan, we announced a $15bn deposit package and investment projects in the country, which has a strong and solid productive economy."

The tweet came after a meeting with President Recep Tayyip Erdogan in the Turkish capital, Ankara, on Wednesday.

Following Qatar’s announcement, the Turkish lira “firmed as far as 5.75 against the dollar on Wednesday - a more than 5 percent gain - and stood at 5.90 on Thursday morning,” reported Al Jazeera.