King: those harming our country will be punished

King: those harming our country will be punished 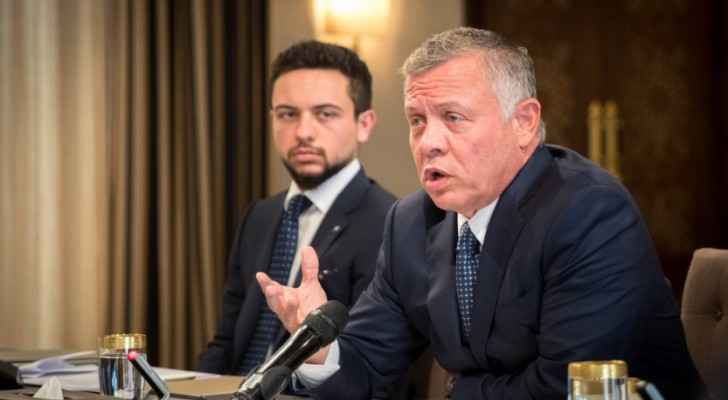 In the meeting, His Majesty stressed that anyone who attempts harming our beloved country will be held accountable and will be punished, as the security of the Kingdom and the safety of its people can never be compromised.

His Majesty added that those Kharijites (terrorists) will be mercilessly fought with all strength and firmness available. "The martyrs have made sacrifices, but in the end the lives of the Jordanians are their priority," the King stressed.

Jordan will remain immune to terrorism and terrorists, he added, as the wisdom of the Jordanian people makes it impossible for these infiltrators to miss with the strong foundation of the Kingdom. The growing vigilance of the armed forces and the security services are protective of their people, he added.

King Abdullah added that the goal is to break the trajectory of terrorism and defeat it and that this goal will remain despite the sacrifices because at the end, the lives of Jordanians is the priority. "We must all stand against terrorism," because it affects both the present and the future.

The King also paid tribute to the martyrs who have given their lives while protecting Jordan and fighting terrorism.

His Majesty's speech came a few hours after the terrorists -who attacked a joint patrol in Fuheis- were raided at their hiding place in Salt, which resulted in the martyrdom of security service officers.