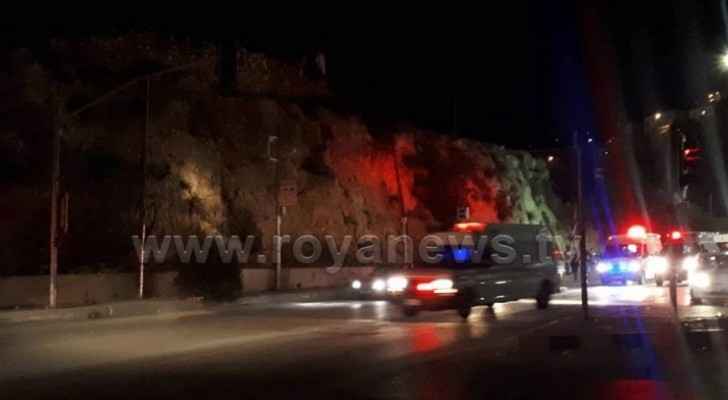 Minister of State for Media Affairs and Government Spokesperson, Jumana Ghunaimat, announced that a joint security force carried out a raid on a building in Nagb Al Dabbour area in the city of Salt, where a group of terrorists were hiding.

The terrorists, who are linked to the perpetrators of the terrorist bombing in Fuheis, refused to turn themselves in, resulting in a heavy exchange of fire. Having previously set explosives in the building in which they were hiding, the terrorists caused parts of it to collapse during the raid.

The clash resulted in the death of a member of the security force. Twenty-one people were injured during the raid – as initial reports stated – including civilians.

Ghunaimat asked not to disclose the identities of those injured and not to share videos of the raid until the investigation is over.