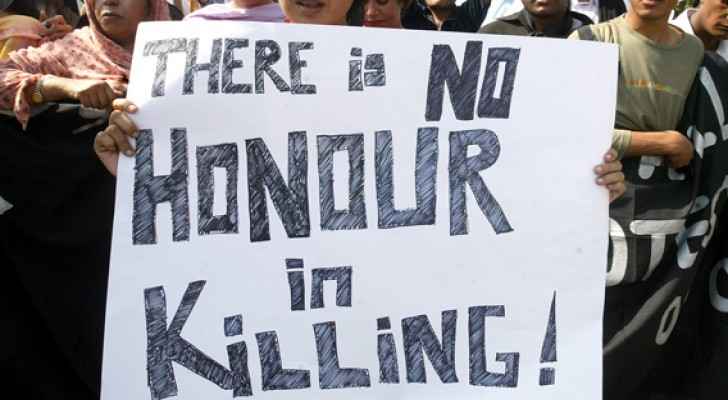 A Jordanian man was convicted of the honour killings of his daughter’s husband and her best friend in Texas, USA, on Thursday, reported Al Sharq Al Awsat.

The court has also convicted Irsan’s 40-year-old wife, Shamo Al Rawabdeh, and his eldest son, Nasim, 24, for acting as accomplices to the crime.

The crimes took place in 2012 when Irsan’s daughter Nesreen reportedly converted from Islam to Christianity to marry 28-year-old Coty Beavers. After stalking his daughter and his new son-in-law, Nesreen obtained a restraining order against her father.

Irsan’s wife told the jury that her “ultra-conservative” husband vowed to kill Beavers to “restore his honour,” reported Russia Today.

In November 2012, Irsan, his wife and their son snuck into Beavers’ apartment with the intent of killing him and Nesreen. However, Rawabdeh said that only Beavers was home, and she witnessed her husband shoot him seven times until he was gone.

Rawabdeh claimed that she did not take part in the crime and wanted to opt out for a more diplomatic solution.

In January 2012, Irsan, with the help of his son, had already tracked down his daughter’s best friend, Iranian medical student and women’s rights activist Gelareh Bagherzadeh, and shot her dead for reportedly encouraging the marriage.

During his testimony, Irsan pleaded “not guilty” to the murders. The offender instead spoke about honour, chastity and shame in the Middle East and in Muslim countries, while describing the “terrible pain” his daughter’s conversion caused him and his family, the Houston Chronicle reported on Saturday.

"You have heard him say: honor is very important to him, and the only solution to cleanse this honor is murder," the newspaper cited special prosecutor Anna Emmons as saying.

Man charged with murder of his daughter ....

Man who strangled his grandma to death to be executed by ....

Man who strangled his grandma to death to be ....

Man who strangled his grandma to death to be ....

Man who strangled his grandma to death ....