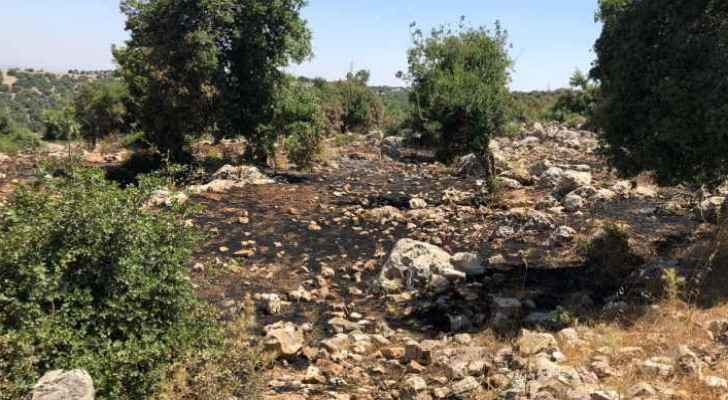 Minister of Agriculture, Khalid Hnaifat, inspected on Saturday the parts of the Barqash forest which were affected by fire the previous day.

According to Hnaifat, the 70 dunum area that had burned down was only comprised of dry glass, adding that the impact on forest trees was limited.

The fire was caused by negligent camp-goers who had left the premises without taking appropriate measures to put down.

The minister, who was accompanied by a number officials on the tour, stated that the government will enact the law that instructs that the entry to the forest should be monitored.

According to the minister, soon the number plates of cars entering the forest would be recorded and the names of visitors will also be recorded in order to protect wildlife and identify potential wrongdoers and deliberate negligence.

Hnaifat also pointed out the need to respect and preserve the forest and urged visitors to keep it clean and refrain from harming trees, warning the public that infringements will be monitored and punished by the ministry.

Who ‘stole’ 100 deer from the Dibeen Forest Reserve?