eFAWATEERcom is owned by the Central Bank of Jordan. 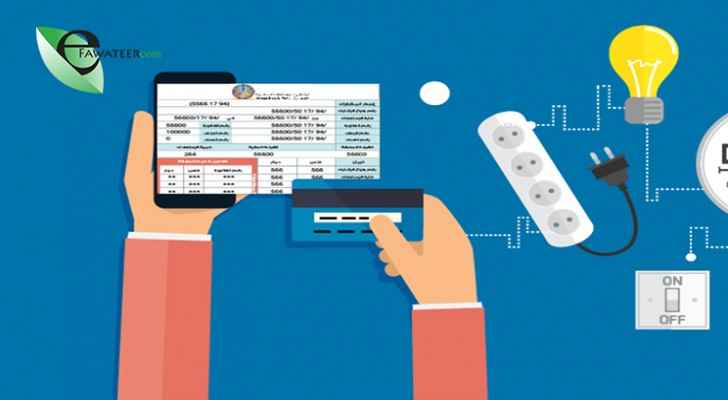 The number of bill payments through eFAWATEERcom has increased by 83 percent since the beginning of 2018 in comparison to the first five months of 2017, the Central Bank of Jordan (CBJ) reported on Thursday.

In the first five months 2018, the electronic system of paying bills owned by the CBJ, recorded 3.407 million unique bills that amounted to JD 2.653 billion, which is a 244 percent increase from the same period last year.

The two-and-a-half-fold increase in money spent through the platform were mostly for government services, which totaled JD 2.5 billion.

University fees were the second highest category, with JD 48.2 million, whereas telecommunication bills were responsible for JD 13.6 million.

Charitable donations were the last item on the list, recording JD 181,000.

Traditionally, Jordanians paid their electricity, water and landline phones through Jordan’s Post Office and allocated time during working hours to stand in line in order to do so.

Post Office Spokesperson, Zohair Al Azzeh, announced on Thursday, that based on the request of Jordan Electricity Company, post offices around the country are no longer accepting bill payments.

The Jordanian government announced last year that 2018 would mark a shift toward online payment as public institutions would no longer process transactions such as paying for traffic fines and income tax declarations in their offices.

Monetary gifts to be given to Zakat Fund beneficiaries

Monetary gifts to be given to Zakat ....