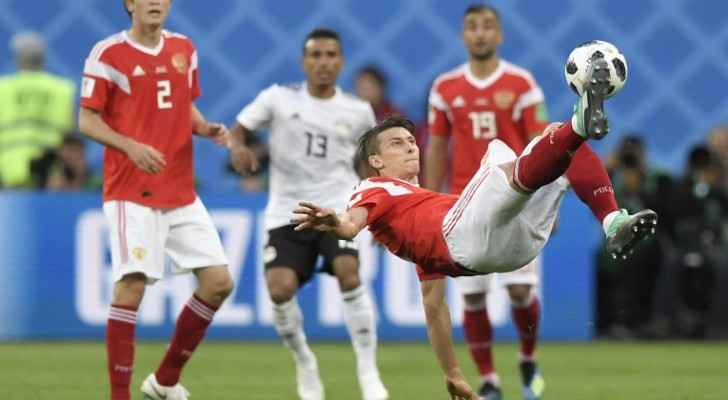 World Cup host Russia, moved to the top of Group A with a 3-1 win over Egypt. Two wins, eight goals and almost certainly a place in the knockout stage for first time since the Soviet era.

Three goals in a 15-minute span early in the second half did the damage against Egypt, with Ahmed Fathi poking the ball into his own net to put Russia ahead in the 47th minute. Denis Cheryshev, with his third goal of the World Cup, and striker Artyom Dzyuba then scored in quick succession.

Salah, playing for the first time since sustaining a shoulder injury in the
Champions League final, converted a penalty after he had been fouled, but it was not enough to mount an Egypt fightback.

Russia is likely to be celebrating a spot in the round of 16 by Wednesday evening and few could have seen that happening so soon. Egypt's hopes of qualifying now seem hugely unrealistic as they need to get a big win over Saudi Arabia and also hope Uruguay lose to both Saudi Arabia and Russia to stay in the competition.

The second round of World Cup group matches begins on Wedensday with one game from Group A and two from Group B. First up are Portugal vs. Morocco in Moscow in Group B before Uruguay look for a second win in Group A against Saudi Arabia at the Rostov Arena.