Protesters in the unions' complex on Wednesday. 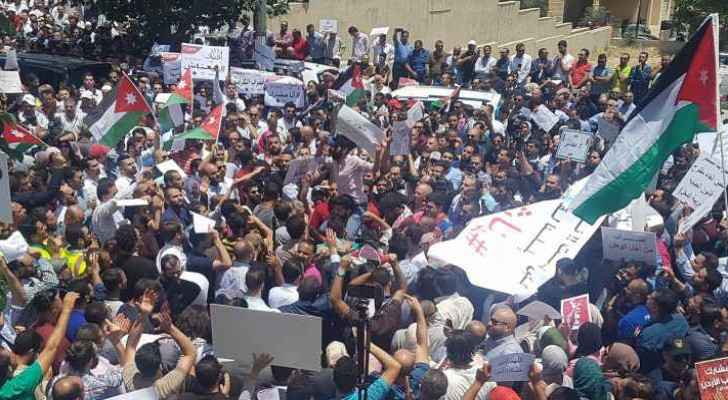 The Unions’ Council announced that next Wednesday the kingdom will witness another day of protests unless the government rescinds the Income Tax Bill until then.

The decision came before the end of the first protest day in which shops, businesses, and publicly and privately employed professionals halted their work in order to express their rejection of the draft law.

Unions will demand a Cabinet change in case the bill was not repealed, according to the statement.

Professional associations aim to first and foremost stop the bill from being discussed in the Lower House of Parliament, which is not currently in session, and will protest until their demands are met.

Fayez did not demand the Cabinet to repeal the bill but asserted that the bill articles would be examined individually to establish their economic impact when discussed in parliament.

He insisted that the economic reform should not affect middle and low income households.

On the other hand, Mulki stated that "the government is explaining the contents of the bill to the upper and lower houses of parliament, civil society institutions and stakeholders."