The Syrian Army has retaken the Damascus suburb. (Sky News) 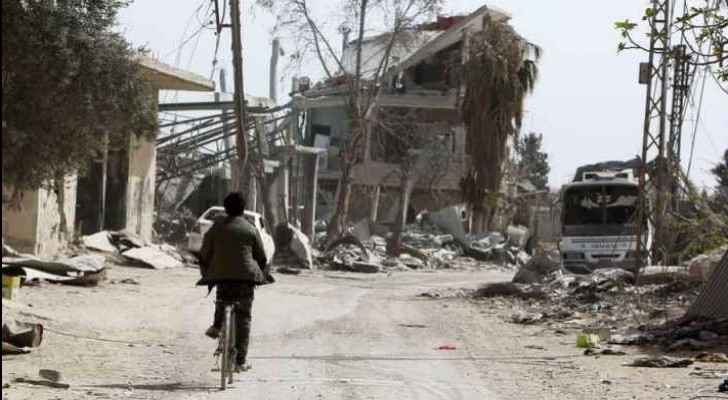 The Syrian Army forces have reclaimed the last opposition stronghold of Eastern Ghouta on Thursday, according to a Russian military official cited by Russian news agencies.

Russian military police have also been deployed to the city and according to the Russian ministry of defence, their presence is to guarantee “law and order in the town”, Reuters reported.

The development follows international outcry after more than 40 people were found dead from suffocation in a chemical attack in Eastern Ghouta last Saturday.

The Syrian government and its allies in the face of Russia and Iran denied any involvement and dismissed the claim as “bogus”. After the attack, Sergey Lavrov claimed there was no evidence for it and later Russian military officials shifted blame to the White Helmets, saying they had staged the attack to aid the rebels.

The use of chemical weapons sparked a strong response in the US and the EU but a decision by the UN Security Council (SC) has not been reached.

Secretary General Antonio Guterres expressed his deep concern on Wednesday after talking to the five Permanent Members of the SC warning them of "the risks of the current impasse and stressed the need to avoid the situation spiraling out of control.”

More than 500 people evacuate Ghouta after ....

More than 500 people evacuate Ghouta after ....