Footage for the rockslide that took place on Sunday on Amman-Irbid road. (Roya) 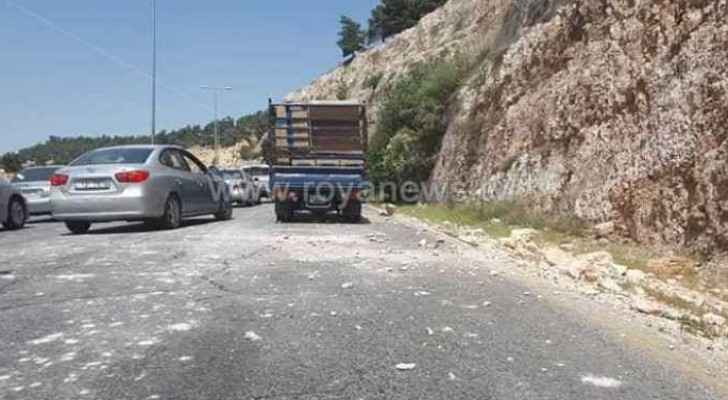 A rockslide on the highway connecting Amman with Irbid in the Thagrat Asfour area caused damage to several vehicles and resulted in heavy traffic on Sunday.

“A minor rockslide took place on the Amman-Irbid road and resulted in blocking traffic in the area,” a security source told Roya.

He also confirmed that the concerned officials have dealt with the incident and removed any debris to facilitate the flow of traffic.

This is not the first collapse incident to take place on this highway. In January, another part of the same road was closed due to a landslide, with no reported injuries.

Following January’s incident, Jerash’s Governor expected the road to be reopened after 30 days and announced a detour for vehicles on the road. However, the road is still closed to this day.