Roya’s OB van is the second van in its arsenal 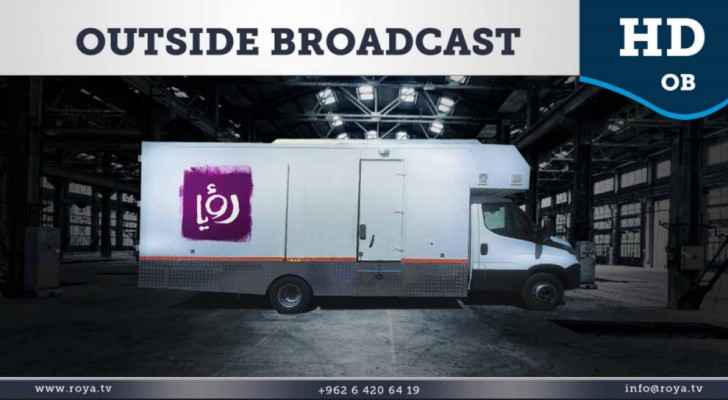 Roya TV recently purchased a state of the art mobile production control room, also known as an OB van. The van is smaller than the other OB van the media outlet owns. The new addition is more compact and more easily mobile.

It became obvious that a smaller van was needed to meet the market demand for the coverage of smaller scale events. Programs that will be covered with the new OB van include “Caravan” and “Donya Ya Donya”.

In comparison, the larger, OB van is used to cover sporting events such as football games.

The van is 6.5 meters in length, rises to 3.2 meters and weighs 5,000 kilograms, which is one sixth of the weight of the large OB van, making it highly maneuverable and agile.

It has four Full HD cameras of the model Grass Valley LDX 80 flex, which is a model used in controlled environments, such as news studios, and also in virtual studios, where true colour reproduction and wide colour ranges are very important.

As for graphics, the van is equipped with ClassX solutions with the LiveBoard software which is known for its ease of use combined with flexibility and stability.

The Digital Video Recorder takes up to eight channels and the vision mixer is a Ross Carbonite Black edition which has unprecedented production power in a super compact frame with processing precisely tuned for this mid-size platform.

Another cutting-edge technology in the van is the audio mixer which is the Digico S21, which has features such as 48 Flexi Input Channels and 16 Assignable Graphic Equalizers.

The van is the first of its kind in Jordan and Roya hopes to cover events around the kingdom and provide the best viewing experience to its viewers.