Footage taken from the trial. (Roya) 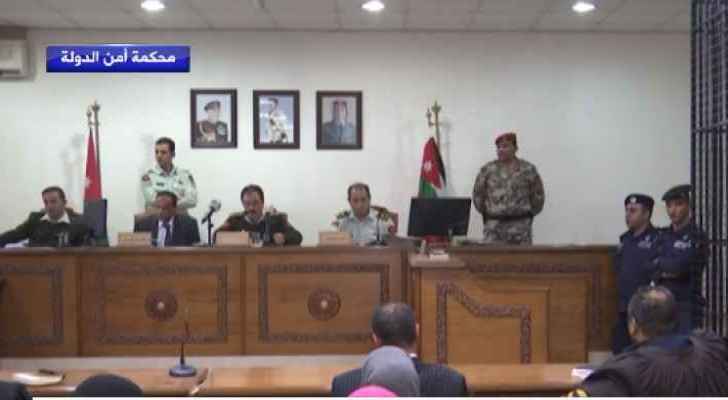 The State Security Court in Jordan acquitted 11 people of promoting the ideologies of terrorist groups in an open trial on Wednesday.

The suspects, who denied the allegations in front of the inspector, prosecutor and the court, had been held at a correction and rehabilitation center and were being transferred to a prison vehicle when chants in support of the so-called Islamic State (ISIS) and Abu Bakr Baghdadi were heard.

Even though the security guards were unable to determine which inmates were chanting due to their large number, eleven inmates had been charged.