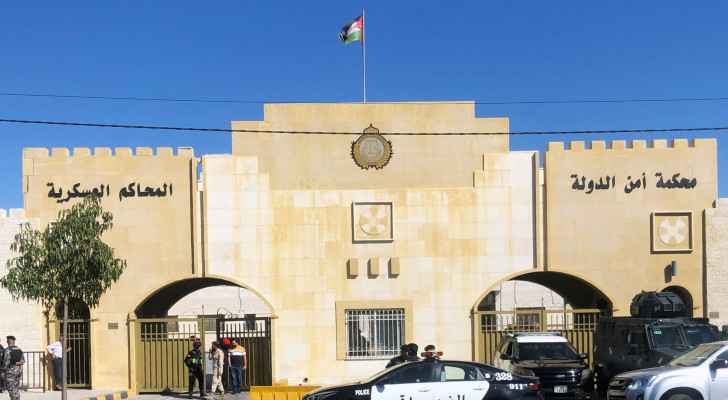 Monday, the State Security Court (SSC) decided to imprison the main defendant in the largest drug-manufacturing case in Jordan, for 30 years, and fined him JD 30,000.

The court held a public hearing to announce the verdict, in which it found a total of 11 people, including foreign nationals, and local companies guilty of setting up a narcotics factory on Jordanian soil, and handed down 30-year prison terms with temporary penal labor and JD30,000 against six of the convicts.

The main defendant in the case had established the facility and used all methods to manufacture drugs, starting in 2009 until his arrest in 2018, along with five accomplices.

The rest of the convicts received jail terms of 5-15 years with temporary penal labor, along with two local companies, but the court dropped the public right against one of the accused, who died during the course of the trial, and commuted the penalty of one of the convicts who had complete paralysis.

The Military Public Prosecution has demanded the maximum penalty stipulated in the law against the convicts "due to the seriousness of this organized crime, which targeted Jordanian society, in order to achieve deterrence."

The court ordered the confiscation of the narcotic drugs, chemical precursors, their components and accessories, machinery, tools, equipment, devices, mixers, vehicles, means of transportation, and the cash seized. It also ordered the precautionary seizure of the movable and immovable assets of the convicts.