Armed robbery in one of Jordan Post centers in al-Dulail, Zarqa

The robbers stole 24,000 before fleeing the scene. (ROYA) 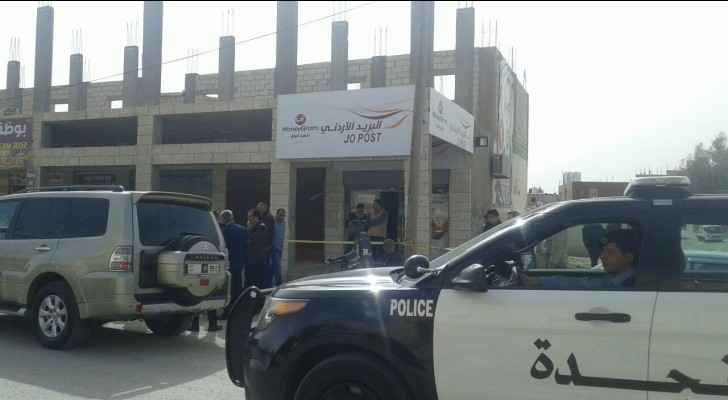 Two armed robbers broke into one of the Jordan Post Office centers in al-Dulail, Zarqa on Wednesday morning. The robbers threatened workers with weapons and stole JD 24,000 before fleeing the scene.

This attack comes in a wave of armed robbery incidents that took place in Jordan during the last few weeks. The first being early January where when Etihad Bank in north Abdoun was robbed at gunpoint. The offender fled with 98,000 JOD in cash but he was caught shortly after.

A second bank robbery occurred at a branch of Societe Generale Bank Jordan and the masked robber remains at large even though videos have emerged of him threatening the tellers with a gun while they frantically place the cash in a bag.

There have been a number of other robberies since then including a pharmacy on Saturday and two supermarkets in Amman and Irbid.

The sharp increase of such robberies began after the government imposed new taxes to take effect on Wednesday, lifted subsidies, and increased prices. Some of the commodities affected are bread and fuel, which in turn will increase the prices of transportation, cigarettes and foodstuffs. The decision has received criticism from citizens as many find difficulty in meeting their daily basic needs.