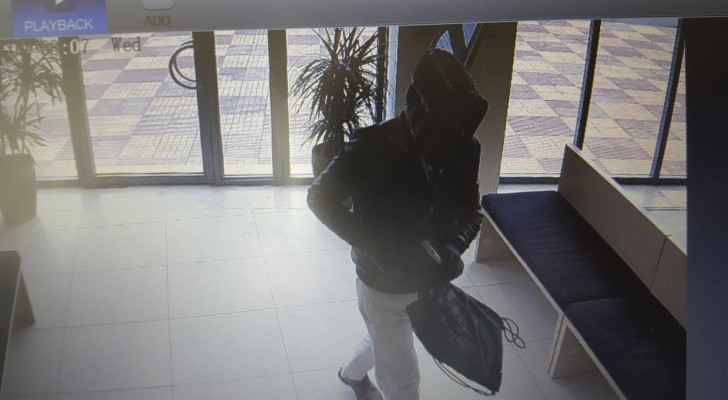 Societe Generale Bank Jordan in Al Wehdat area, Amman, was robbed at gunpoint on Wednesday morning, according to Hala Akhbar. The sum of money stolen does not exceed 76,000 JOD, Nadeem Qabwat, the General Manager of Societe Generale Bank in Jordan, said in a statement on Wednesday.

An eyewitness said that the bank's employees and customers, who were there during the robbery, were in a state of terror.

No injuries have been reported.

This is the CCTV footage of the offender during the bank robbery.

This is the second bank to be robbed at gunpoint in the Jordanian capital this week.

On Monday morning, Etihad Bank in north Abdoun was robbed at gunpoint. The offender fled with 98,000 JOD in cash.

One hour later, the culprit was caught by police officers and the money was retrieved shortly after.