Al-Jahith Treasury is owned by the three Al-Maaytah brothers. (Archive) 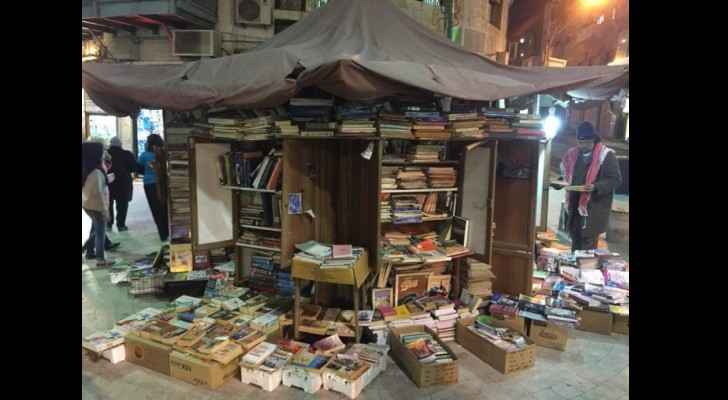 At least 10,000 old books and manuscripts were burned on Tuesday night after flames engulfed one of the three famous bookshops of Al-Jahith's Treasury in downtown Amman.

Al-Jahith's Treasury is owned by three brothers of the al-Maaytah family of Karak, and has been in their family for four successive generations.

One of the heaters in Hisham's Kiosk, the best-known branch out of the three bookshops, accidentally caught fire and burned the valuable books and manuscripts.

Hisham al-Maaytah, the Kiosk's owner, told Hala News that firefighters from the Civil Defence Department (CDD) rushed to the scene and extinguished the blaze as soon as they received his phone call.

The archives of the bookstore are notable for their Arabic religious, scientific and literary manuscripts, with the oldest one dating back to the 13th century.

There were also newspapers and journal editions from the early 1900s, as well as thousands of rare books that the family had obtained in auction from the offices of the British Mandate in Palestine in 1947.

Al-Jahith's Treasury remains unique among Amman’s bookshops: it sells books at affordable prices to bookworms on a low-income, it accepts the exchange of old books for new ones, and it also offers the rent-out service, where readers can borrow a book for one month for just one Jordanian Dinar.