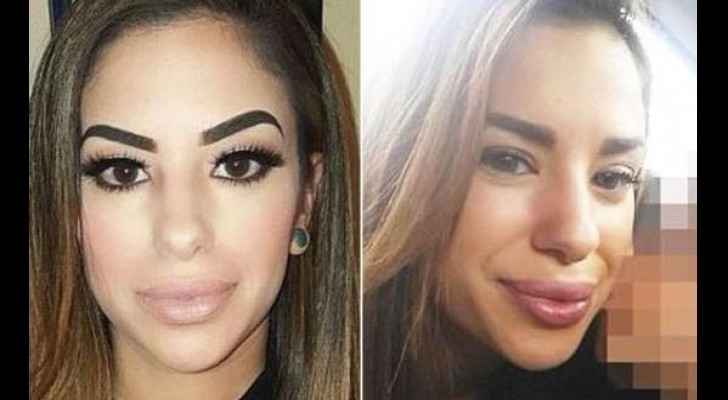 A 28-year-old Jordanian woman was brutally murdered in Aloha, Oregon in the US, American weekly magazine Newsweek reported.

The decapitated and dismembered body of the young woman was identified by authorities as Sara Zghoul, a mother, model and actress, on Friday, according to The Oregonian.

Police arrested an Oregon man in connection with the murder, after finding Sara’s body parts stuffed in the trunk of a black BMW in two suitcases.

The man had tried to cut his throat and wrists shortly before he was apprehended on Thursday.

Police said that they’d received a call on Thursday night about a homicide with a body left inside a car in an Aloha neighbourhood. The car was located shortly after with Sara’s body inside the trunk.

Michael Larsen told Fox 12 that he and his wife called 911 after hearing and seeing the suspect call out for help in the woods from their balcony.

“It was really cold and rainy, and he's just sitting out there leaning against a tree,” Larsen told FOX 12.

“The tone of his voice when he was yelling, it was very desperate.”

Sara was described as “beautiful, brave and unafraid to challenge herself” by one of her closest friends.

Sabina Rico told The Oregonian that her longtime friend "touched everyone's life and you could never forget that contagious smile or laugh. What more could a woman be?”

Sara was also described as “funny and sweet” by Portland activist Gregory McKelvey.

"She was known for being a great person and she touched so many people," he said. "It felt like she knew everyone and losing her is a big loss for the community."

Washington County Sheriff's Office spokeswoman Deputy Shannon Wilde said that forensic investigators were collecting evidence from an Aloha home, near where the body was found, on Saturday.

According to The Oregonian, the “home on Southwest 166th Place was associated with a man taken into custody in connection with the death.”

Police are yet to release the identity of the suspect in Sara’s death.