The US director Steven Spielberg is known for his support for Israel. (TheJerusalemPost) 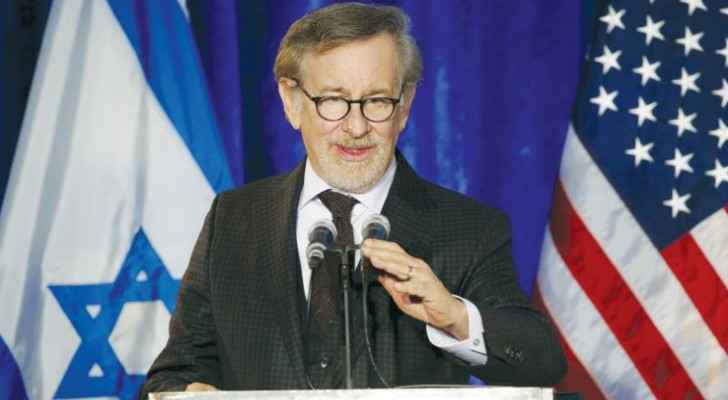 The film is starring Meryl Streep and Tom Hanks, and was set to be released on January 18 across the world but will no longer be shown in Lebanon.

The ban request was issued by the Campaign to Boycott Supporters of Israel-Lebanon (CBSIL) who pressured the government to block it, for Spielberg’s ties with Israel.

Spielberg was blacklisted by the Arab League's Central Boycott Office after donating a $1 million to Israel during its war with Lebanon. He also filmed some scenes for one of his movies Schindler’s List in Jerusalem, which was banned also in 1993 in Lebanon.

‘The Post’ movie set in early 1970s, about journalists of the Washington Post and the New York Times who uncovered the Pentagon secret papers about the US government’s involvement in the Vietnam War.

The film takes a behind-the-scenes look at the reporters' efforts to get those documents published. It was also nominated for six awards at the 75th Golden Globes Awards, including Best Director for Spielberg and Best Actress and Actor for Streep and Hanks respectively.

The ‘Jungle’ narrates a survival story about Israeli adventurer Yossi Ghinsberg, who got lost in an uncharted part of the Bolivian Amazon in 1981.

Earlier in May 2017, Lebanon banned ‘Wonder Woman’ movie, because of its main star, Gal Gadot, who is an Israeli citizen and served in the military. She also expressed her support for the Israeli military during its war in Gaza in 2014. The war that killed more than 2,200 Palestinians.

Lebanon also banned ‘The Attack’ movie in 2013, for the Palestinian director, Ziad Doueiri, who filmed his movie in Tel Aviv and employed Israeli actors in the main roles.

“Lebanon is officially at war with Israel and has a decades-old law that boycotts Israeli products and bars Lebanese citizens from traveling or having contacts with Israelis,” An-Nahar stated on its website.

'The Reports on Sarah and Saleem': Palestinian film wins ....

'The Reports on Sarah and Saleem': Palestinian ....

'The Reports on Sarah and Saleem': Palestinian ....