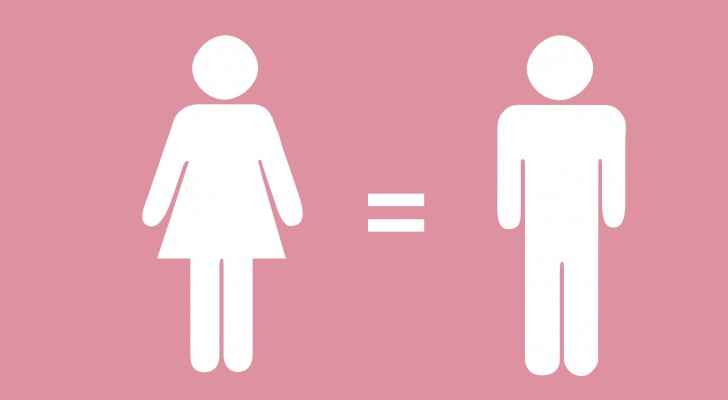 The Jordanian Constitution confirms in Article 6 that: “The Government shall ensure work and education within the limits of its possibilities, and it shall ensure a state of tranquility and equal opportunities to all Jordanians”.

While all laws and constitutions in Jordan confirmed women’s rights to have equal opportunities in education and work, the society in general still can’t fully recognize the concept of gender equality and financial-independence for women, affected by the ‘culture of taboo’.

It stems from traditional gender roles in the Jordanian culture, which limits women within the roles of homemaker, the wife and the mother.

However, these Jordanian women have decided to take the initiative and fight their society and traditions, proving their ability to perform any job, even it was ‘masculine’ as claimed. Those women chose to work as “Filling Station Attendants”.

We went to meet them in one of Amman’s gas stations, where they were too busy performing their tasks from pumping fuel to accepting payment. We asked them if we can talk and hear more about their courageous experience, but seems not all of them accepted it for unknown reasons.

Talking to Malak Al Bakri, 30-year-old, who seemed delighted with her job, she said: “I chose this job from first as a challenge. I worked in offices before where I had bad experiences. It led me to this job, that I do in public without facing any harassments”.

“One of the most repeated questions we had all the time is: What led you to do such job? And I always answer that you have to put yourself in our situation. We are women who have to find a job to prove ourselves in front of the world, and prove that we can perform the best of any job without depending on men,” Malak confirmed.

When I asked her about her family’s reaction when they knew about her decision, Malak said her family was very supportive, as they realize how much she loves challenging herself and the society, they stood beside her in her choice.

Regarding if they are facing any discrimination with their men colleagues, Malak confirmed: “not at all, people treat us better than they treat men for most of the times”. Also in their working hours, men work more than women, because they have to do night shifts which women cannot.

Talking to Huda, a mother of 11-year-old girl, who has been working in the station for eight months, she said: “I can arrange myself between work, home and raising my daughter, although it could be exhausting”.

When asked about people’s reactions when they come to fill their cars’, she confirmed most of them are positive reactions, however; some people get mad and start shouting at the stations’ administration when they see women.

As Jordan still has one of the world’s lowest rates of women’s workforce participation at only 13.2%, according to the US Agency for International Development (USAID), women’s participation in working places is developing constantly.

Recent reports showed 1.2 million people are currently employed in the private and public sectors in Jordan, however; 24.8% of them are women.

The report released by the Department of Statistics showed there are more males than females working in both sectors, with the public sector employing 62.8% males, and the private sector employing 80.6% males.

Despite all this, Jordanian women who are working as taxi and trucks drivers, plumbers, police officers and female mechanicians, are trying to challenge families' influence and social pressures to prove their presence equally beside their men peers, with hopes for better improvement in coming years.

Here is a video about the women who are working in gas stations in Amman: