“Could there be any more pain? My pain is visual”: Israa Al Jaabis urges the world for help 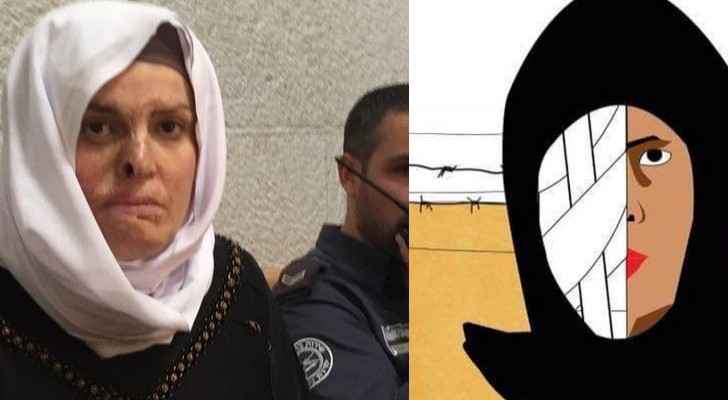 “Could there be any more pain? My pain is visual.. It is clear.”
This is how Israa Al Jaabis responded when she was asked if she is in pain, during her appeal hearing in the Israeli court.

Israa Al Jaabis, 32-year-old mother, was arrested by the Israeli forces in 2015 after a car accident that caused her serious burns and deforms, without getting medical care in the Israeli prison.

During the hearing in the Supreme Court of West Jerusalem on Thursday, Israa showed in front of the judge and the cameras, where she went to express the pain she feels.

A video went viral on social media showing journalists asking Israa to express what she feels and her pain, when she raised her hands to say: “I don’t have hands”, pointing to her fingers that were cut because of the burns and deformations she suffered.

“Israa, say everything you want, we are not allowed to ask you questions,” the journalist told her as she was surrounded by police officers.

“I have been here [prison] for two years, it took too long. I don’t receive any medical treatment. There is no aid. I am asking for help only. There is no justification for me being in jail,” Israa said.

After her appeal ended, the court informed her lawyer that they will send the final decision by fax when it is decided.

Israa was moving to her new house in Jerusalem, in order to retain her Jerusalem residence, when the fire broke out in her car on a checkpoint, due to a faulty domestic gas cylinder. Israa tried to ask Israeli police for help but they ignored her.

Israa was sentenced to 11 years in jail, amid accusations of trying to attack the Israeli checkpoint.

However, Israa is still suffering from burns covering most of her body. She can't use her hands to eat or to do the least of any work. She lives on painkillers, and needs an urgent medical treatment to survive.

“Israa needs to undergo surgeries in her face, ears, hands and eyes which have been eaten by flames,” her family told Al Quds News.

“She needs to go under 8 surgeries at least, so that she could survive. 95% of her body is deformed and her fingers were amputated” her sister says.

Social media users went to remind the world of all Palestinian female detainees who are in urgent medical need in prisons, including:

Human rights reports showed a widespread degrading treatment by the Israeli forces against Palestinian prisoners, in addition to deteriorating humanitarian conditions, humiliation, neglection and many other violations, according to Addameer, the Palestinian non-governmental Human Rights Association.

#HelpIsraa: A Campaign to tell Israa Al Jaabis' story in ....