Christmas celebrations in Mosul for first time in three years 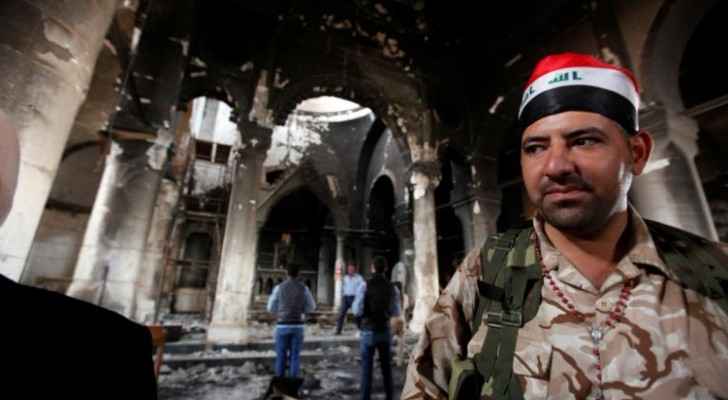 While the world celebrates the holiday season, Christian Iraqis in Mosul are celebrating the Christmas for the first time in three years at their homes and churches.

On Sunday morning, December 24th, at least 100 Christians attended the congregation prays in Saint Paul’s Church in east Mosul, according to the Telegraph, with hymns filling the church celebrating Christmas.

Muslims, Sheikhs, Senior Military leaders attended the congregation, as well as local media, who were all gathered to celebrate Christmas and the liberation of their city.

“Our faith and our hope was to be here to evangelise on our earth and in our town,” Father Thabet Habib told the Telegraph.

“This pushed us to come here and to celebrate the mass and to tell all the world that we are here as Christians.”

The remnants of war were visible, with the church’s walls covered with white sheets hiding frames blasted empty in the war. The Church was also surrounded by armoured vehicles, where the portraits of Christians who were killed under ISIS rule were displayed as a reminder of the city's grim recent history.

These celebrations are important to “relaunch Christian life” in the city, Farqad Malko, a Christian woman in the congregation told AFP.

She was determined "to work and go to church in Mosul", as she is one of the few to have returned to the area after Iraqi forces defeated ISIS in the city in July.

In 2014, tens of thousands of Christians fled their city, Mosul, as ISIS seized the city.

A major military campaign was consequently launched in October 2016 by the Iraqi Army and the Iraqi Popular Mobilization Forces, who liberated the city of Mosul in July 2017.