Palestinian Foreign Minister Riyad al-Malki addresses to members of delegations at the General Assembly for the vote on Jerusalem, on December 15, 201 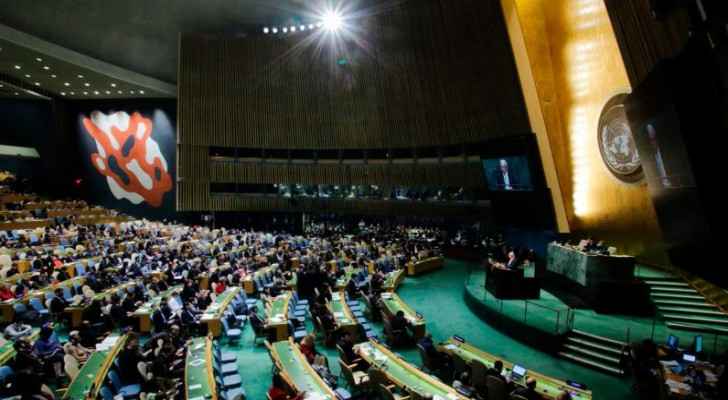 The United Nations general assembly has delivered a stinging rebuke to U.S. President Donald Trump, voting by an overwhelming majority to reject his recognition of Jerusalem as Israel’s capital.

The 193-member body voted to support the long-standing international consensus that the status of Jerusalem can only be settled as an agreed final issue in the Israeli-Palestinian peace process.

The vote came despite threats from Nikki Haley, the US ambassador to the UN, who warned that U.S. would remember which countries “disrespected” America by voting against it.

128 members were unaffected by the threat, voting in favour of the resolution, with only nine voting against, including the United States and Israel. There were 35 abstentions, including Canada, which Palestinian officials had expected would support the US position.

While support for the resolution was somewhat less than what Palestinian officials had hoped, the nine votes in support of the US and Israeli position were a serious diplomatic blow for Trump.

Immediately after the vote Palestinian president Mahmoud Abbas described the result as a “victory for Palestine”.

Meanwhile, Israel denounced the vote, likening it to a 1975 resolution equating Zionism with racism. “It’s shameful that this meeting is even taking place,” Israel’s envoy to the United Nations, Danny Danon, told the body.

The General Assembly's emergency discussion was being held at the request of Turkey and Yemen, who turned to the UN after an Egyptian draft resolution was presented to the Security Council and was vetoed by the United States, while the other 14 member states voted in its favor.