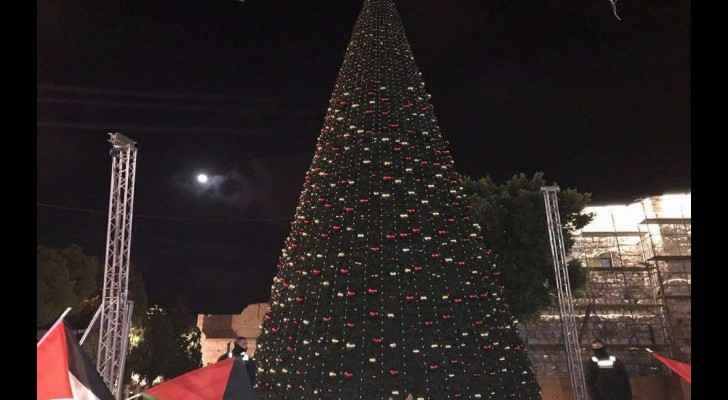 Palestinians in Bethlehem, in the occupied West Bank, turned off the Christmas tree lights and may cancel all celebrations planned at Jesus’ birthplace, amid anger against Trump’s decision to declare Jerusalem as Israel’s capital and to move the US Embassy from Tel Aviv to Jerusalem.

The Christmas tree was decorated with lights outside Bethlehem’s Church, where Christians believe Jesus was born.

“The Christmas tree was switched off on the order of the mayor today in protest at Trump’s decision,” Fady Ghattas, Bethlehem’s municipal media officer said.

It was unclear whether the lights would be turned on again before the main Christmas festivities, he added.

Additionally, a Christmas tree in Ramallah was turned off into darkness, next to the burial site of former Palestinian leader Yasser Arafat.

Trump on Wednesday declared Jerusalem as the Israeli capital, saying that the decision was “long overdue,” adding that this controversial step is intended to push the peace process forward in the Middle East towards a lasting agreement.

The decision fueled rage among Arabs and Palestinians, who went immediately to the streets to express anger and frustration over Trump’s decision.