The city of Jerusalem 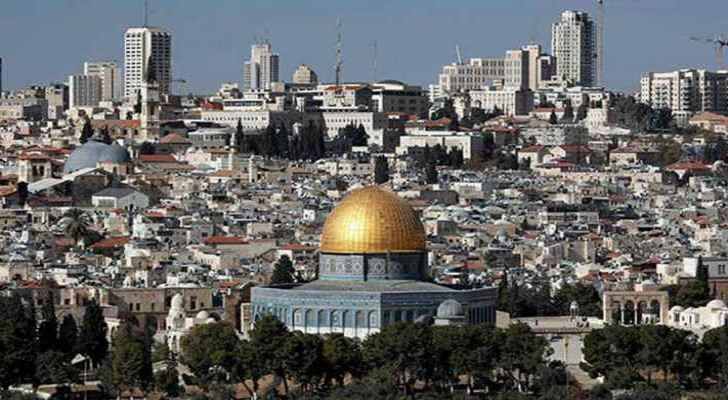 Saeb Erekat, secretary general of the Executive Committee of the Palestine Liberation Organization (PLO) condemned on Monday the opening of the Paraguayan embassy in Jerusalem, WAFA news agency reported.

In his statement the secretary asserted the move was an illegal, illegitimate, act of aggression against the Palestinian people and their rights and a “submission to American and Israeli dictates and bribes.”

“By opening its embassy in Jerusalem, Paraguay is violating United Nations Security Council Resolution 478 as well as the very dignity of the peoples of Latin America that have struggled for freedom and justice against domination and oppression,” the statement read.

In addition to calling the Paraguayan president an “irresponsible political leader” for his infringement of international law, he insisted that the move was rejected by the United Nations, the European Union, the Arab League, the Organization of the Islamic Conference, the Holy See as well as by the local churches of Jerusalem and the whole of Palestine.

Erekat called on Arab countries to uphold Arab League resolutions and sever “all ties with states that transfer their embassies to Jerusalem or recognize Jerusalem as the capital of Israel.”

Jordan’s Minister of State for Media Affairs, Mohammad Al Momani, had a similar tone and also condemned the move in a statement released by Petra news agency.

He reiterated Jordan’s absolute rejection of the relocation of any embassies to the state of Israel to Jerusalem as a move with no legitimacy as East Jerusalem is the capital of Palestinian state.

He pointed out that it is the duty of states to adhere to resolutions issued by the United Nations General Assembly and refrain from encouraging the ongoing occupation and violence toward Palestine by transferring their embassies, referring to the move as a provocation to the feelings of Muslims and Christians around the world.

Momani asserted that such irresponsible decisions would consolidate violence and chaos in the region, increase the level of tension around the world, and encourage Israel to continue its disregard for international resolutions.

The minister concluding by calling for concerted efforts to revive the peace process on the basis of a two-state solution and start negotiations within a specific time frame.

PLO has not searched for replacement for Erekat: officials

PLO has not searched for replacement for Erekat: ....

PLO has not searched for replacement for ....

PLO has not searched for replacement ....

Paraguay to relocate embassy to ....