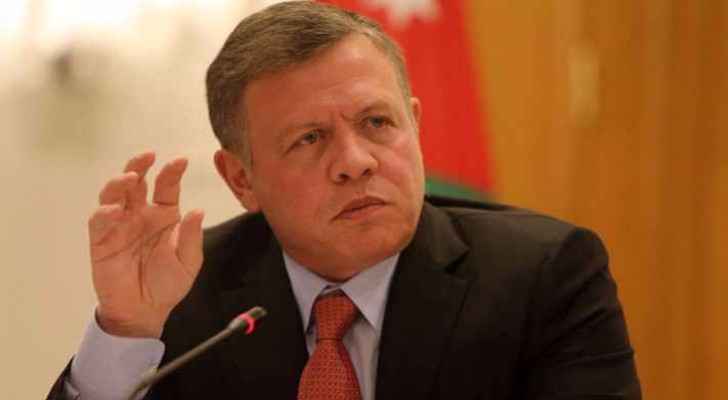 Jordan’s King Abdullah II received a phone call on Wednesday from French President Emmanuel Macron, in which both leaders discussed the latest developments related to US President Donald Trump’s announcement, in which he intends to declare Jerusalem as the Israeli capital and outline his plans for moving the US Embassy from Tel Aviv to the holy city.

The King warned of the serious consequences expected to follow Trump’s speech, which will amount to a complete destruction of the peace efforts between Israel and Palestine.

He confirmed that it should be solved by a comprehensive solution that guarantees a Palestinian State with East Jerusalem as its capital, and to live in peace beside the Israeli State.

His majesty stressed the importance of supporting Palestinian President Mahmoud Abbas, as well as the Palestinian National Authority, to establish an independent State according to the Two-State Solution.

King Abdullah expressed gratitude towards France’s support to reach peace and stability in the Middle East.

Both leaders agreed to hold a joint meeting to continue discussing developments in the Middle East.

Trump is expected to make his long-anticipated announcement on Wednesday at 6pm GMT.

Read More: US citizens in Jerusalem told to remain on high alert ahead of Trump’s announcement

Jerusalem is a red line: Foreign Ministers of Jordan, ....

Jerusalem is a red line: Foreign ....