Talks about moving the embassy within days are ‘premature’: White House says

Israeli official sources say the moving will be within few days. (Twitter) 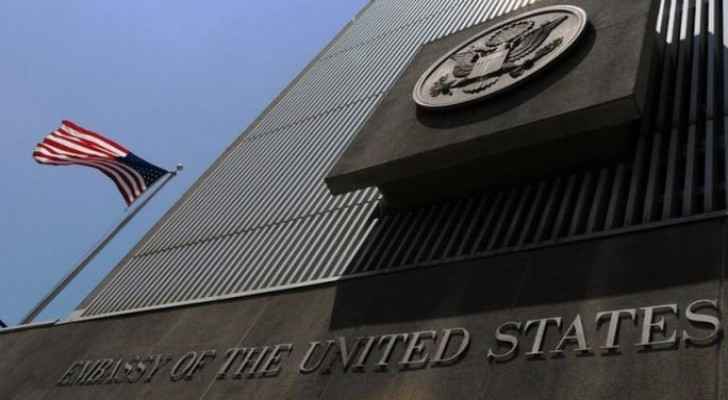 A report released from the White House says that talks about moving the US embassy to Jerusalem are ‘premature’, AFP says.

“This is a premature report. We have nothing to announce,” the White House press secretary, Sarah Sanders said.

This comes after an Israeli TV report on Channel 2 claimed the decision will be confirmed within days and that US President Donald Trump will declare Jerusalem as the official capital for Israel.

The sources claimed that Trump will not renew a waiver allowing the embassy to remain in Tel Aviv.

However, King Abdullah II warned during his visit to Washington that moving the embassy must come within a comprehensive solution that leads to the establishment of a Palestinian state with East Jerusalem as its capital, living side by side with Israel.

He warned that such step would have implications on the Palestinian, Arab, and Muslim scenes, and might threaten the two-state solution.

It could be potentially exploited by terrorists to stoke anger, frustration, and desperation in order to spread their ideologies, the King said.

Earlier, Trump’s Vice President Mike Pence said on Tuesday at a special event in Manhattan that the president is considering “when and how” to move the US Embassy in Israel from Tel Aviv to Jerusalem.

President Trump vowed during his presidential campaign to move the US Embassy to Jerusalem, but in June he signed a waiver to keep it in Tel Aviv.

US Embassy issues warning to citizens ....