Trump is considering moving the US Embassy to Jerusalem: VP Pence says

US Embassy building in Tel Aviv. 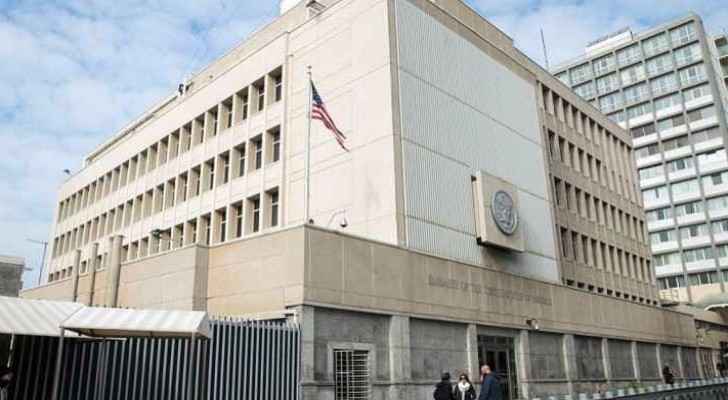 US President Donald Trump is considering “when and how” to move the US Embassy in Israel from Tel Aviv to Jerusalem, Vice President Mike Pence said.

Pence made the remarks at the Israeli Mission to the UN, at an event celebrating the 70th anniversary of the United Nations' vote calling for the establishment of Israel.

“I bring the congratulations and support of a champion of Israel, President Donald Trump," he said.

"He asked that I be here today to express our appreciation for all who support the Jewish people. The president sent me with a simple message: Under our administration, America will always stand with Israel," Pence said.

“President Trump demonstrates our unwavering commitment and I will reaffirm that when me and my family visit next month. I will address members of Knesset and pay our respects at Yad Vashem.”

He also said that Trump is actively considering when and how to move the American Embassy from Tel Aviv to Jerusalem.

President Trump vowed during his presidential campaign to move the US Embassy to Jerusalem, but in June he signed a waiver to keep it in Tel Aviv.

The White House press secretary, Sean Spicer said in a statement that “no one should consider this step to be in any way a retreat from the president’s strong support for Israel and for the United States-Israel alliance.”

The Jerusalem Embassy Act of 1995 is a public law of the United States passed by the 104th Congress on October 23, 1995. It was passed for the purposes of initiating and funding the relocation of the Embassy of the United States in Israel from Tel Aviv to Jerusalem, no later than May 31, 1999.

The act called for Jerusalem to remain an undivided city and for it to be recognized as the capital of the State of Israel, however this is not internationally recognized.

The law has never been implemented due to opposition from Presidents Clinton, Bush, Obama and Trump, who view it as a Congressional infringement on the executive branch's constitutional authority over foreign policy. They have consistently claimed the presidential waiver on national security interests.