Jared Kushner, is in charge of the Israeli-Palestinian peace deal 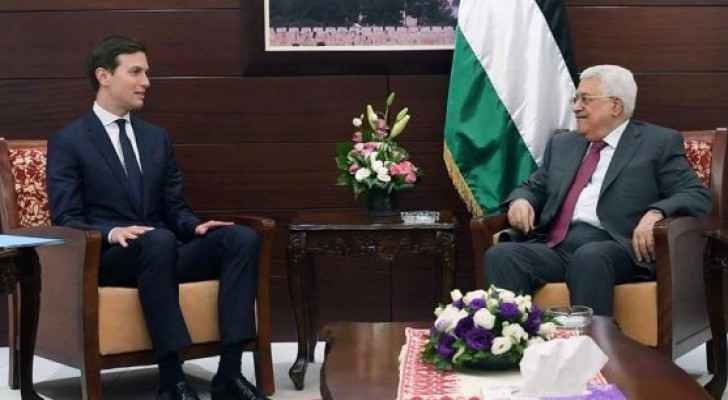 Palestinian President Mahmoud Abbas refused on Wednesday to receive a phone call from US President Trump’s senior adviser and son-in-law, Jared Kushner, who is in charge, Haaretz reported.

While the White House denied the report, Lebanon’s Al Mayadeen TV reported that Abbas referred the phone call to the Palestinian Authority’s representative in Washington instead of taking it.

Tensions between the Palestinian Authority and US officials increased after the US administration temporarily closed the Palestine Liberation Organization (PLO) office in Washington D.C. on Saturday.

It has refused to allow the office to reopen until the PLO drops its request to the International Criminal Court (ICC) in the Hague to investigate Israeli settlements in the West Bank.

In a separate move, the US administration has given the Palestinian leadership 90 days to decide on entering into “serious” peace talks with Israel.

On Tuesday, Palestinian Foreign Minister, Riyad al-Malki, confirmed that he was instructed by Abbas to put ties with Washington on hold after the US State Department decision.

"This is very unfortunate and unacceptable. This is the pressure being exerted on this administration from the Netanyahu government. At a time we are trying to cooperate to achieve the ultimate deal they take such steps which will undermine the whole peace process," Saeb Erekat, Secretary General of the Palestine Liberation Organization's (PLO) Executive Committee, said on Saturday.

READ MORE: Palestine threatens to suspend US ties if PLO office is shut