Palestine threatens to suspend US ties if PLO office is shut 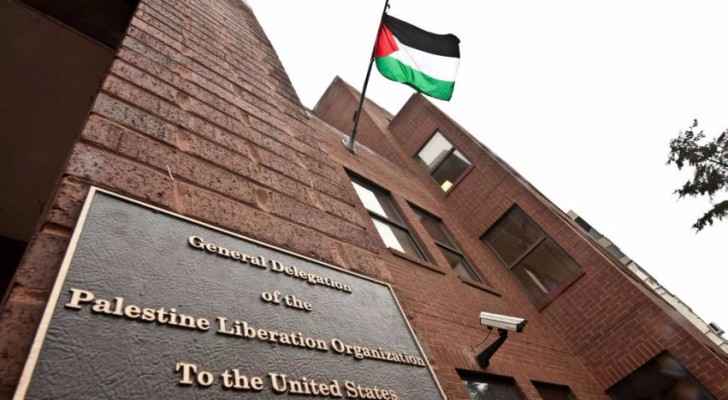 The US State Department informed the Palestine Liberation Organization (PLO) on Saturday that they will not be renewing the operating permission for their diplomatic office in Washington D.C., according to WAFA news.

A waiver is signed by the State Department every six months, which allows the PLO office to remain open in Washington.

The US administration’s threats came after Trump gave the Palestinian leadership 90 days to decide on entering into “serious” peace talks with Israel, according to US officials. They had also warned the PLO office against taking Israel to the International Criminal Court (ICC) in The Hague over the Israeli settlements in the West Bank.

“The US State Department notified us with an official letter that they cannot certify the continuance opening of the PLO office in Washington D.C. due to the fact that we are pursuing and encouraging the International Criminal Court (ICC),” Saeb Erekat, Secretary General of the Palestine Liberation Organization's (PLO) Executive Committee, said on Saturday.

Palestine has threatened to suspend ties with the US if the Washington office is closed. Their decision was sent out in an official letter to the US State Department, according to Erekat.

"This is very unfortunate and unacceptable. This is the pressure being exerted on this administration from the Netanyahu government. At a time we are trying to cooperate to achieve the ultimate deal they take such steps which will undermine the whole peace process," Erekat said.

A White House National Security Council (NSC) spokesperson told Al Jazeera that “the move does not mean that the office will be permanently closed.”

In a series of condemnations that followed the decision, the Palestinian Authority (PA) Chairman Mahmoud Abbas's spokesperson, Nabil Abu Rudeineh, expressed his deep surprise at the US administration’s warnings, especially after President Abbas’ talks with Trump were characterized by a full understanding between both parties.

Hanan Ashrawi, a PLO Executive Committee member, also condemned the State Department’s decision, noting that the US is disqualifying itself as a peace broker with this act, according to WAFA.

Additionally, former Palestinian Foreign Affairs Minister Riyad al-Maliki confirmed that the Palestinian leadership’s Washington office will not accept being blackmailed or pressured into operating in a certain way.