Amman's municipality hires 500 binmen all at once

Binmen changed their uniforms' colour from orange to green. (Alkhaleejonline.net) 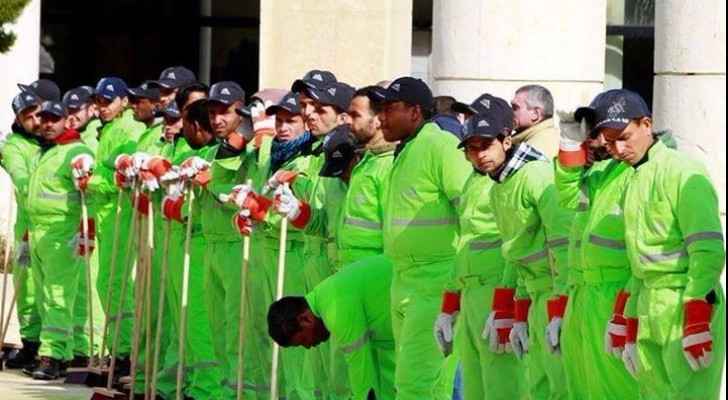 The Greater Amman Municipality has appointed 500 binmen in one go on Thursday, reported Al Ghad newspaper.

The workers were appointment due to the sharp shortage of binmen in 22 areas in Amman.

GAM is not the only one concerned with the city’s cleanliness.

A Jordanian woman launched an initiative this month, which invites Jordanians to clean Jordan for a cash prize worth 7,000 JOD.

“I have visited Jordan several times. During my last visit, I was taken by the country’s beauty, but thought to myself: it also needs to be improved; it needs someone to take care of it,” Woroud said, who is currently residing in the UAE.

Click here to read more about the initiative and how you can ‘compete.’

Municipality strikes: trash piles up in ....