Hariri to Aoun: “I am fine” and will return to Lebanon

Hariri has been in Saudi Arabia since he resigned. (Twitter) 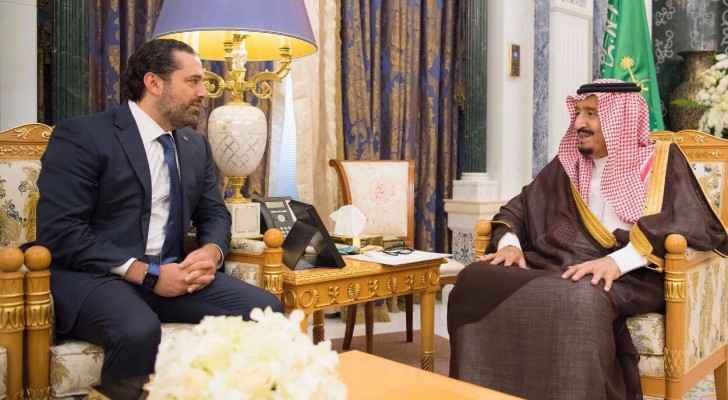 The outgoing Lebanese Prime Minister, Saad al-Hariri, has tweeted that his is fine and will be returning to Lebanon soon, in response to President Michel Aoun’s accusations that the Prime Minister is currently ‘detained’ in Saudi Arabia.

“I want to repeat and confirm that I am very well and I will return, God willing, to the beloved Lebanon as promised,” Hariri said.

Sabhan, stop joking and give Saad Hariri his phone back.

The back-and-forth on Twitter comes after Aoun called the alleged detention of Prime Minister Saad Hariri a “breach of human rights”, saying that Riyadh has conducted an act of aggression against Lebanon.

"Nothing justifies the failure of Prime Minister Saad Hariri to return for 12 days, therefore we consider him to be held and detained, contrary to the Vienna Convention," Aoun stated on the Twitter account of the Lebanese presidency, adding that he cannot accept resignation submitted from abroad.

He said that his life was in danger and accused Iran of meddling in the region, causing "devastation and chaos."

The surprise resignation sparked speculation that the Prime Minister was being held against his will in Saudi Arabia.

VIDEO: Bride caught up in Beirut port explosion on wedding ....