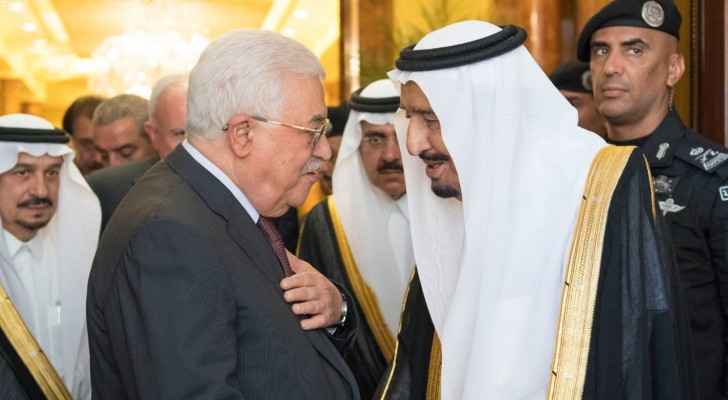 Mr Abbas was summoned to Riyadh last week for a meeting with Crown Prince Mohammed bin Salman, who recently orchestrated a purge of princes and top officials in an apparent anti-corruption drive.

The warning to Abbas is the latest move by the powerful crown prince to reshape the Middle East as he consolidates power at home and pushes back at regional rival Iran.

The unexpected summoning of the Palestinian President to Riyadh drew comparisons with Lebanese Prime Minister Saad Hariri’s resignation last week, which many in Lebanon believe was forced by Saudi Arabia.

Reports in Israel suggest that the Crown Prince instructed Mr Abbas to accept a new peace deal with Israel or quit.

Mr Trump’s peace plan is expected to be unveiled in the coming weeks and will tackle controversial issues such as the status of Jerusalem and illegal Israeli settlements on the West Bank.

Mr Abbas was also told to avoid any further influence from Iran, according to Israel’s Channel 10.

Hamas, the main rival to the Palestinian President’s Fatah party, previously received backing from Tehran and has recently made signs that it would like to re-establish the relationship.

Saudi Arabia also made clear that Lebanese activists within Fatah should steer clear of cooperation with Iranian-backed Hezbollah in Lebanon.

The reports are another sign of the rapprochement between Saudi Arabia and the US, and in particular of the growing relationship between Mohammed bin Salman and Trump’s son-in-law Jared Kuchner.

Mr Kuchner, who has been given the Middle East peace portfolio in Trump’s White House, made a surprise visit to Riyadh two weeks ago and is said to have stayed up late into the night talking to the prince.

Mr Trump publicly backed the Crown Prince and his anti-corruption drive, effectively giving the regime carte blanche in its purge of rivals, but has been less vocal in response to Mr Hariri’s resignation.

The former Lebanese Prime Minister has denied that he is being held in Saudi Arabia against his wishes and has vowed to return to Lebanon in the coming days.

Saudi women given freedom to establish business without ....

Saudi women given freedom to establish ....