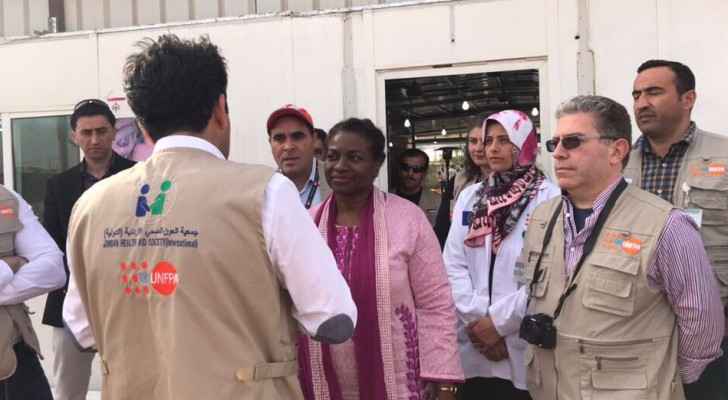 Dr. Kanem on Sunday visited the UNFPA-supported Zaatari Maternity Centre, where over 8,500 babies have born in the past six years of crisis in Syria without a single maternal death.

Dr. Kanem also met with several government officials, including Deputy Prime Minister Mamdouh Abbadi and Minister of Planning and International Cooperation, Imad Fakhoury, where she expressed gratitude for the Government’s effort to support the refugee community.

She urged the Government to address some population issues, including child marriage, high fertility and a large youth population, and to continue its commitment to reproductive health, family planning and gender equity.

“The economic aspirations of the Jordanian national plans and targets for the 2030 agenda cannot be realized without investments that address gender inequities for marginalized women,” said Dr. Kanem.

“This point applies not only to Jordan, but to all countries, as we have stated in our recent State of World Population report.”

Tarawneh to meet with EU parliamentarians on refugees in ....

Tarawneh to meet with EU parliamentarians on ....

Tarawneh to meet with EU parliamentarians on ....